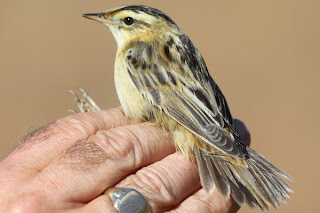 An example in the last few days would be the single female Great Bustard that we eventually found in the Castro Verde area at 5.30pm in the late afternoon after searching all day.  Great Bustards can be difficult to find at this time of the year and on a day when it seemed that every farmer in the Baixo Alentejo was out ploughing and there was disturbance everywhere, it seemed that our 100% record in finding this species was in serious danger.  The bird that saved our bacon was definitely a candidate for ‘bird of the day’.

If that Great Bustard was ‘bird of the day’, then ‘species of the day’ was definitely Spanish Imperial Eagle.  Never have we seen quite so many of them!  Although, to be fair, we don’t know how many different individuals we saw.  On at least five occasions during the day, we got out of the car and looked up to see two or sometimes even three of these magnificent birds.  We were often able to watch them for several minutes and on one occasion were close enough to hear the harsh, barking call of one. 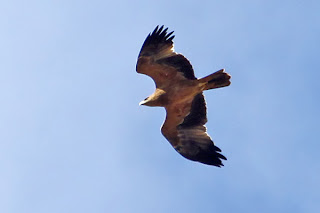 Recently we spent a day doing survey work for the Atlas of Wintering & Migratory Birds.  We always say that Atlas work gets us into areas where we probably wouldn’t otherwise go and that’s true.  Unfortunately, that’s not necessarily a good thing!  We were out all day, visited six widely separated tetrads and saw no more than about 35 species in total.  Eventually, we got to some water where we found as many as five Green Sandpipers.  After counting so many Corn Buntings and Azure-winged Magpies, Green Sandpipers were definitely that day’s highlight even if we do see them most days at this time of year. 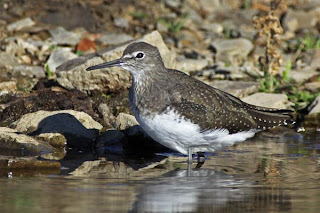 Purple Swamp-hens are common at several sites here and hard to miss at Quinta do Lago.  Finding them here in the Eastern Algarve is a different story!  We have about half a dozen sites east of Tavira where we have seen them but few are reliable and easily accessible.  So it’s been good these last couple of weeks to have one that has been easy to get to and co-operative.  When you rely on being able to show birds to people, these things are important! 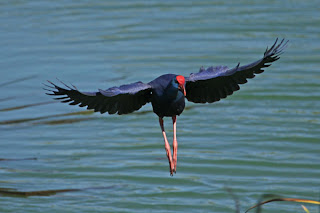 On several occasions, at the same site, we have also seen one or more Ferruginous Ducks, a species unusual enough in these parts to be a highlight some days, whereas it probably wouldn’t be if seen at one of the more regular sites such as the Parque Ambiental de Vilamoura. 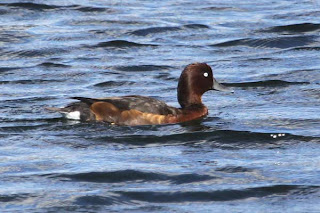 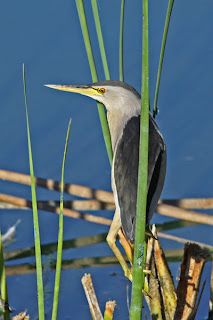 In the category of unusual behaviour, we recently watched a Black-winged Kite that was apparently ‘fly-catching’, making short flights from the top of a small dead tree presumably to take dragonflies or similar before returning each time to the same perch, much in the manner of a Spotted Flycatcher.  It continued like this for all of ten minutes.  We are seeing Black-winged Kites with increasing frequency but can’t recall seeing this feeding method before.

Currently we have a reasonably reliable Water Rail that we can sometimes to show to people and several Bluethroats are now established in winter territories around Tavira.  Any one of these birds that performs when required is potentially the day’s highlight! 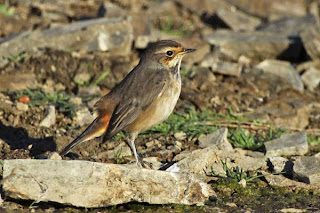