Back in the Algarve at last!

We’ve been back in the Algarve for just a week now and seem to have timed our return quite well.  The weather is very pleasant but no longer uncomfortably hot, children have returned to school and birds are migrating! 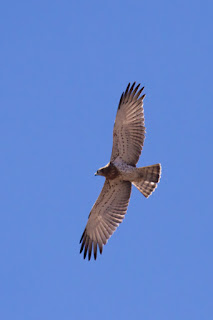 Castro Marim, usually one of our favourite reserves, proved to be something of a disappointment.  There are plenty of birds there, particularly in the Cerro do Bufo sector but with access to the site restricted it is difficult to get close to many of them.  Highlights were Black-necked Grebes, Audouin’s & Slender-billed Gulls and of course there are hundreds of waders and Greater Flamingos but a telescope was definitely a necessity.  The salt harvest is in progress and it looks to have been a productive season. 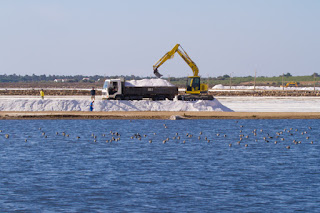 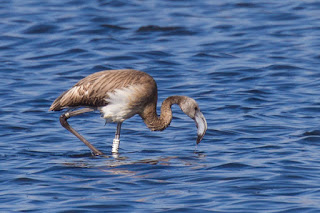 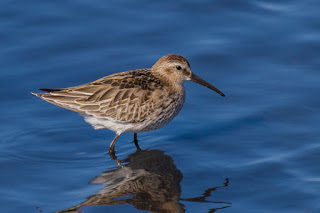 There was also much salt-related activity at Ludo.  As so often, it was raptors there that proved most popular with five Booted Eagles putting on a show and a single female Marsh Harrier quartering the reedbed. 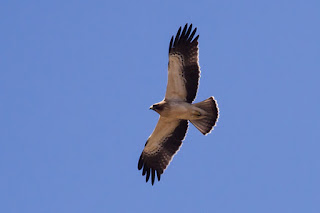 At Quinta do Lago, Little Bitterns were the stars.  We saw seven or maybe eight different birds.  A Water Rail showed well; a juvenile Black-crowned Night-Heron and a Whiskered Tern were unexpected treats.  We lost count of the number of Western Swamphens but nine of them were together, completely in the open on the golf course; two Glossy Ibises took off and left before we had much chance to look at them.  Five species of gulls were on the lagoa de São Lourenço and two or three Kingfishers were chasing each other about. 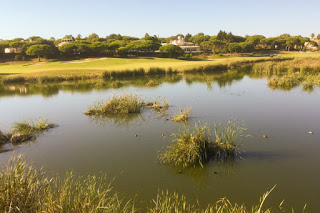 The Parque Ambiental de Vilamoura has become a favourite place at this time of the year and it didn’t disappoint – it was full of birds!  Most numerous were Willow Warblers and Chiffchaffs and Yellow Wagtails with one or two Northern Wheatears and Pied Flycatchers but we know from past experience that all sorts of rarities can and do turn up here at this time of year.  We will be back for another look very soon.  A Black-winged Kite here was reasonably approachable. 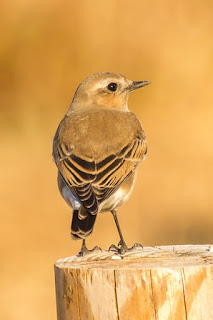 The water level at Lagoa dos Salgados was lower than we would have liked but still there were impressive numbers of birds.  Notable were a Marsh Harrier, an Osprey, a Black-winged Kite, at least four different Bluethroats, a Little Bittern, several Western Swamphens and what appeared to be a thunbergi-type Yellow Wagtail.  Waders included Little Stint, Bar-tailed & Black-tailed Godwits, Common Snipe and Wood Sandpiper.  We searched through hundreds of gulls without finding anything other than fuscus, michahellis and ridibundus.  Glossy Ibises were especially numerous and on our first visit we estimated that there might have been as many as 1,000.  We managed to read colour-rings on several of them, which identified their origins as breeding sites near Sevilla and Huelva in Andalucia.  Two colour-ringed Spoonbills had travelled further – one from France and one from the Netherlands. 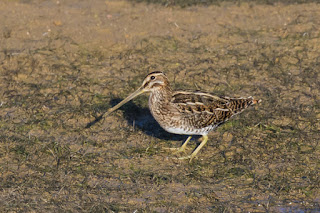 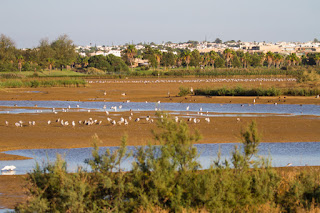 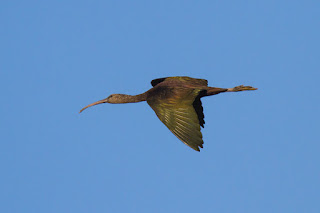 Both of our trips to Sagres produced reasonable numbers of raptors and importantly there were good, close views of many of them.  Most numerous were Black Kites (31 on the first visit, slightly fewer the second time).  Also seen were Egyptian Vultures, Short-toed Eagles, Booted Eagles, Honey-buzzards, Common Kestrels, a Sparrowhawk, a Goshawk and a Peregrine Falcon.  Two Black Storks came close overhead.  We saw just a single Little Bustard and a couple of Red-billed Choughs, while migrants included a Wryneck, several juvenile Woodchat Shrikes, Common Redstarts, both Pied & Spotted Flycatchers, Whinchats and Northern Wheatears. 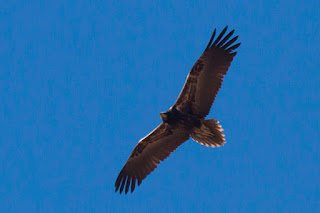 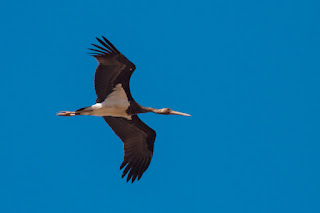 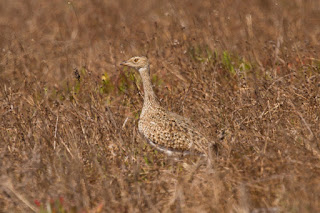 So, not a bad start (for us) to the autumn migration period and still more than enough places to visit.