Yesterday we made the long drive to Sagres and Cape St Vincent.  We looked in at the Fortaleza de Beliche, mingled with the many tourists around the lighthouse that marks the south-western extremity of mainland Europe,  drove out to the Vale Santo and then spent a couple of hours at the Cabranosa raptor watch point before making a brief visit to the port of Baleeira.  It’s a circuit that we have done many times. 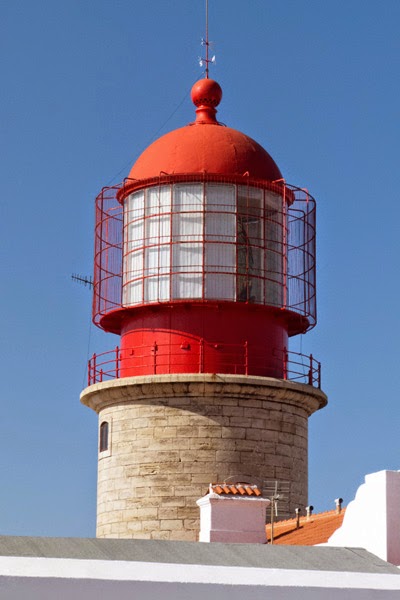 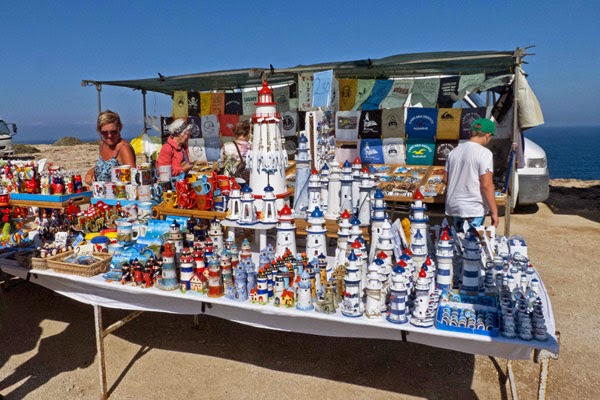 We saw the expected Red-billed Choughs, Rock Doves, a Blue Rock Thrush, Black Redstarts, a few off-shore Gannets and a very obliging Little Owl; it wasn’t a great day for passerine migrants but they included many Northern Wheatears, both Pied & Spotted Flycatchers and several Phylloscopus warblers.  Most of the interest, however, was in the sky above as Short-toed & Booted Eagles, Griffon & Egyptian Vultures, several Sparrowhawks, a Black Stork, a Hen Harrier, a couple of Black Kites, a Honey-buzzard, a Goshawk, several Common Kestrels and a probable Eleonora’s Falcon vied for attention.  Apparently a Spanish Imperial Eagle was seen later in the day, after we had left!  It is to be hoped that those attending next weekend’s Sagres Birdwatching Festival are as well entertained. 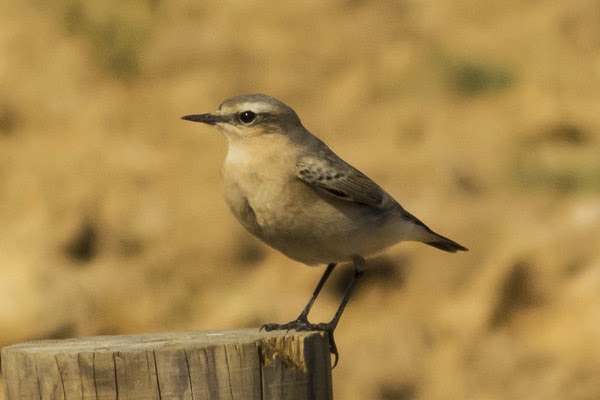 On the way back east we called in at Lagoa dos Salgados for a couple of hours.  The lagoon has certainly been transformed by the restoration project that was carried out at great expense a few months back but in spite of promises about more control over water levels there was still more water than we might have liked.  At this time of year it would have been good to see a bit more mud around the edges and although there was a nice selection of waders we might have hoped for higher numbers.  Not surprisingly the newly created islands were covered in gulls, mostly fuscus and michahellis but also a few ridibundus and audouinii.  A Sandwich Tern and a Black Tern both made brief appearances.  There were a few Spoonbills, Great Flamingos and Cormorants and small numbers of common dabbling ducks.  Migrants included Yellow Wagtails, a Whinchat and several Northern Wheatears and at last we saw our first Bluethroat of the autumn. 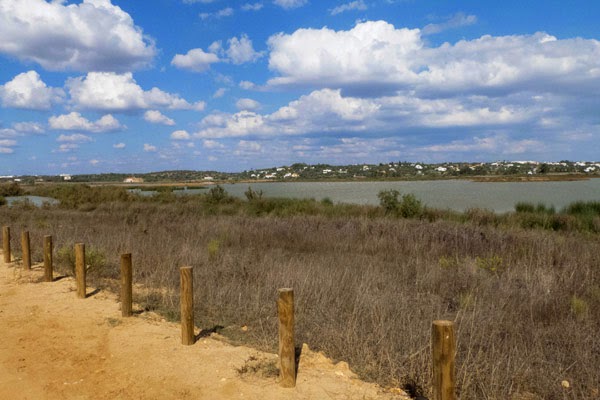 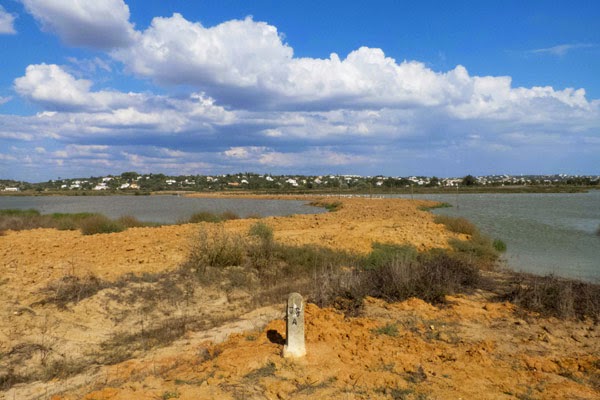 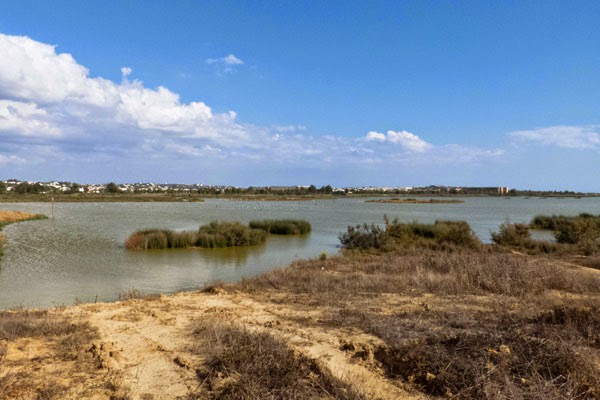 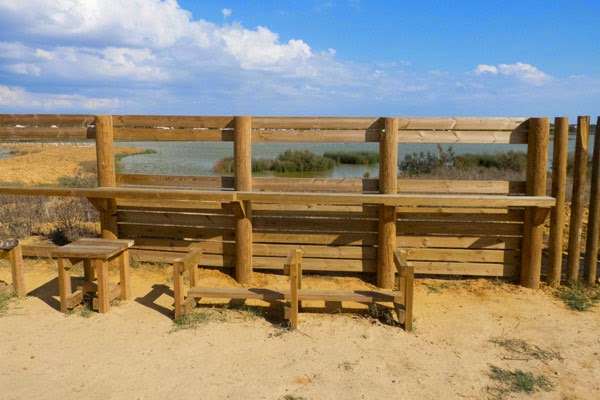 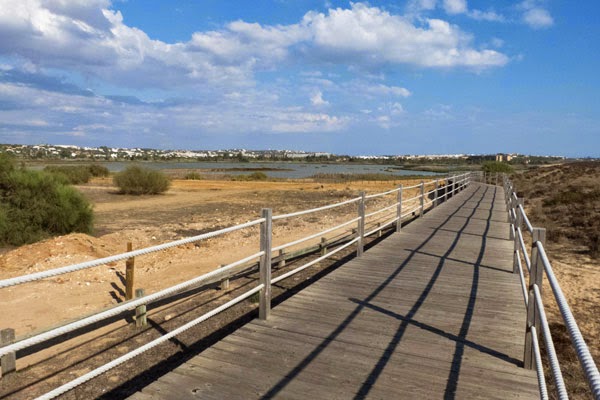 An African White-backed Vulture (Gyps africanus) seen at the Estação Biológica do Garducho, near Mourão on 24th August is just the second record of this species for Portugal and only the fifth for Europe. 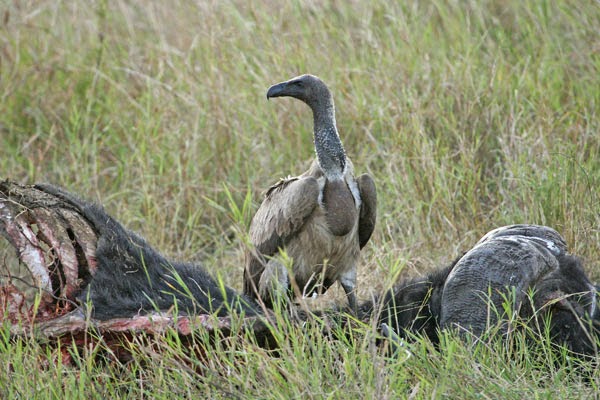 It was seen at one of the vulture feeding stations set up in that part of Eastern Alentejo by the LIFE Lince Abutre project, which aims to contribute to the improvement of the survival, feeding and breeding conditions of the Iberian lynx (Lynx pardinus) and the Cinereous or European Black Vulture (Aegypius monachus) in southeast Portugal but also benefits several other threatened species. 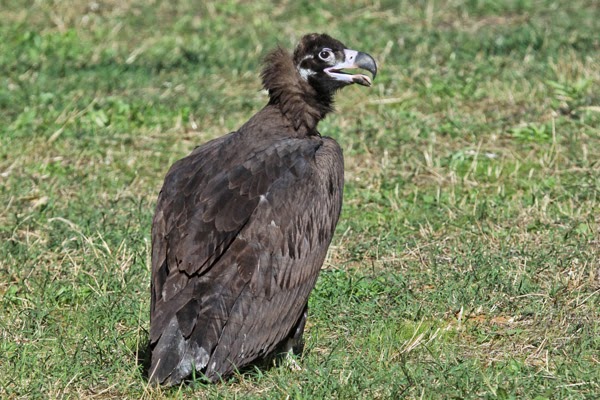 Only three weeks earlier, there was a remarkable report of five Rüppell’s Griffon Vultures (Gyps rueppelli), another African species, also in the Eastern Alentejo.  Sightings of Rüppell’s Griffons in ones and twos have become regular in Portugal and Spain in recent years, most of them at Tarifa and Sagres, with some speculation about how many different individuals might be involved, so the occurrence of five together was very interesting. 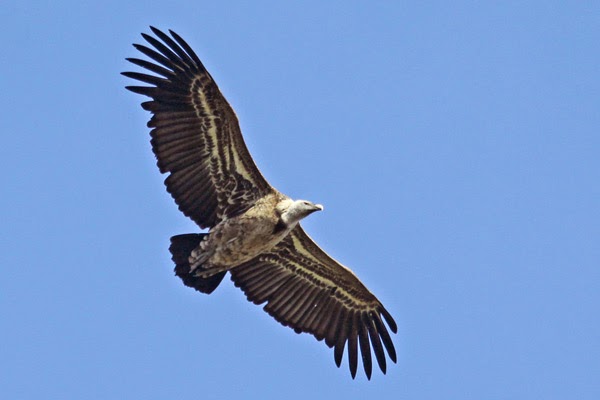 It is assumed that Rüppell’s Griffons and now White-backed Vultures mix with wintering Eurasian Griffons (Gyps fulvus) in West Africa, and then come to Europe with them.  Rüppell’s has also tried to breed in Iberia, in hybrid pairings with Eurasian Griffons, but to date there has not been any evidence of success. 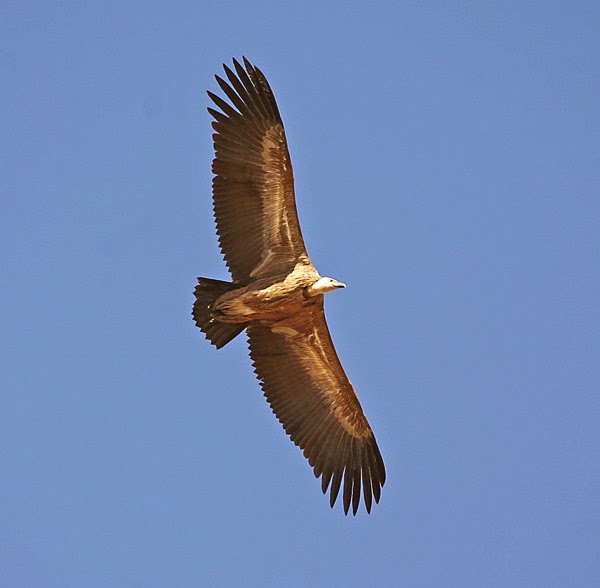 Last year a Rüppell’s Griffon was wing-tagged in Portugal, and was subsequently seen in France and Spain, confirming that these birds range widely across the continent.

So now we have six species of vultures to look out for: European Black, Eurasian Griffon, Rüppell’s Griffon, Egyptian (Neophron percnopterus), African White-backed and Lammergeier (Gypaetus barbatus).  Lammergeiers haven’t been seen here for a very long time but they have been re-introduced in Spain and individuals are known from satellite-tracking to have occasionally crossed the border to fly unseen over Portugal. 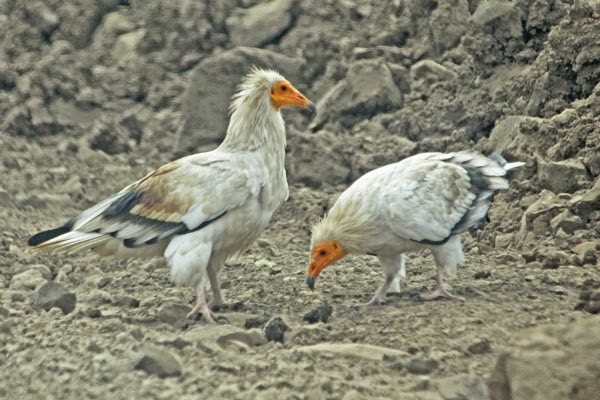 It is timely that we are writing about vultures as the first Saturday in September each year is International Vulture Awareness Day.  It also gives us an opportunity to draw attention once again to the on-line petition to ban the use in Europe of diclofenac, the drug that has been responsible for wiping out huge numbers of vultures in India, Pakistan and Nepal.  You can read more about that here and here you can donate towards efforts being made by Birdlife International to save vultures in Europe and Africa from the fate that has befallen so many in Asia.

Vultures need our help!
Posted by Peter and June at 15:55 No comments: