“There is something really special about colonies of breeding seabirds and no matter how many times one sees them on film there’s nothing like actually being there to experience firsthand the wonderful smell and the noise.”  That’s what we wrote five years ago (!) when we visited Bempton Cliffs RSPB reserve in Yorkshire. 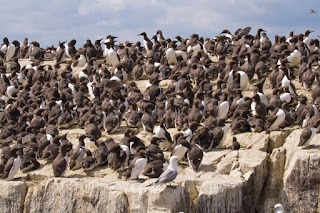 Ever since then it has been our intention to visit another seabird colony with Skomer Island and the Farne Islands at the top of our list.  However, crossing to offshore islands to see breeding seabirds isn’t entirely straightforward, particularly if your starting point is in Portugal!  We needed to find an opportunity during what is always a busy time of the year and then we needed some settled weather for the boat crossing. 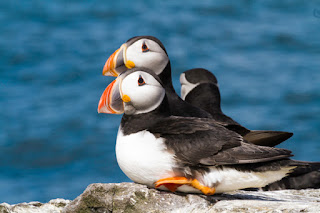 Finally, this year, we made it.  After just a few days back in the UK we headed north to Northumberland and the Farnes.  Located just off the coast near Bamburgh, the Farnes are well-known as the home of thousands of breeding seabirds and were featured recently on the BBC Springwatch programme, so they need little introduction from us. 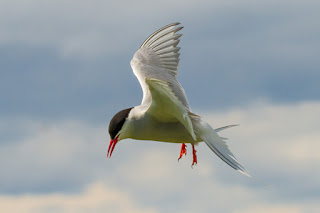 We spent just three days in Northumberland visiting Holy Island as well as the Farnes.  Our trip to the Farnes was on a boat from Seahouses operated by Billy Shiel.  We landed on Staple Island and on Inner Farne and had a little over two hours on each. 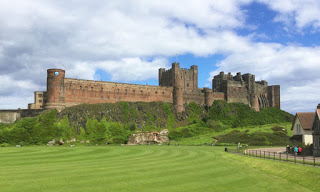 Bamburgh Castle - we stayed nearby 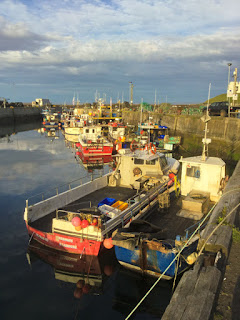 Puffins (about 40,000 pairs) and Arctic Terns (about 2,000 pairs) are probably the main attractions but in recent years there has been a big increase in the number of Guillemots with more than 50,000 individuals counted.  What a nightmare it must be counting that lot - we have difficulty counting just two or three thousand birds at Castro Marim!  In all, about two dozen species nest on the islands, a total that includes several passerines. 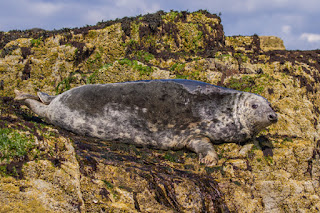 Grey Seal - one of the many hundreds 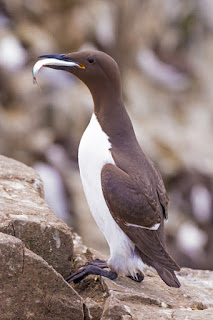 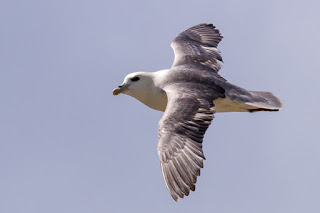 Northern Fulmar - Found only on St Kilda until the 1900s, now 500,000 pairs nest around the British coast 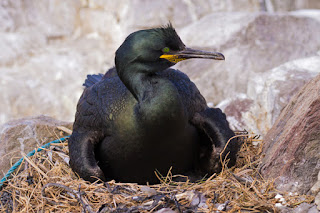 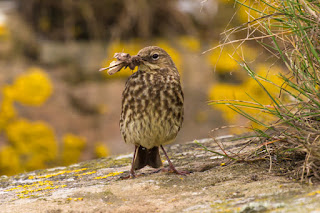 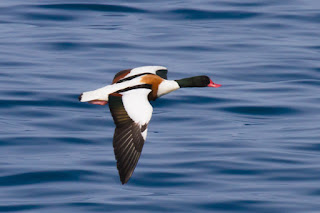 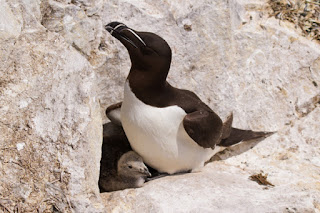 Razorbill - one of the world's less numerous auk species

Settled weather and a healthy supply of food are the two important factors that lead to breeding success and from all the signs the auks were doing well.  All three species were bringing in plenty of their staple diet of sandeels.  Arctic Terns, on the other hand, were having a more difficult time finding food, we were told.  What the eventual outcome of the season will be only time will tell. 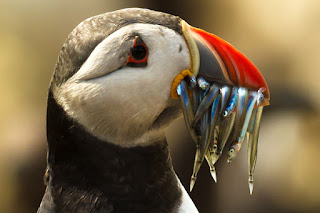 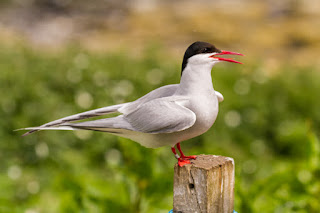 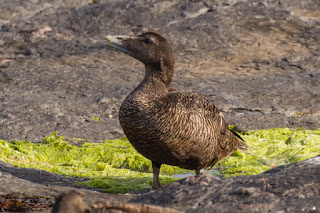 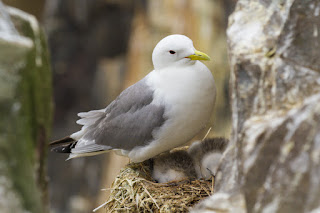 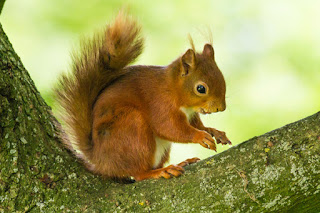 Red Squirrel - not on the islands but not far from Bamburgh

Being in such close proximity to so many birds (and hundreds of Grey Seals) was a memorable experience and we won’t want to leave it another five years before we enjoy again that distinctive smell and the constant calling of Kittiwakes.
Posted by Peter and June at 10:51 No comments: