As usual, March, April and May have been busy months for us and we have been left little time for blogging.  Now we are catching up and able to at least share a few photographs from our days out in the Castro Verde area as well as around the Algarve: 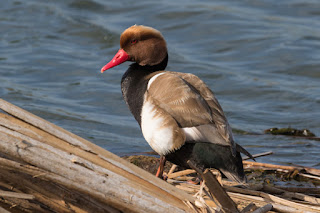 Red-crested Pochard - breeding birds seem to have been even more numerous than usual this year, particularly at Castro Marim and at the Lagoa de São Lourenço. 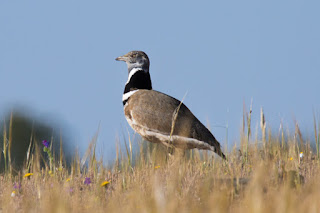 Little Bustard - easy enough to find when they are calling and displaying but after that they disappear!  There is a suggestion now that the population of these birds in the Baixo Alentejo may be at a much lower level than previous estimates. 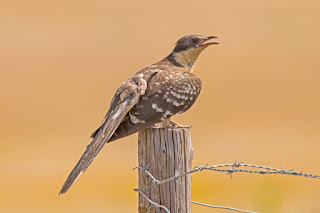 Great Spotted Cuckoo - to find these birds, look for their preferred host species, Common Magpie. Those Magpies that failed to chase away the Cuckoos earlier in the year can now be found feeding their young ones! 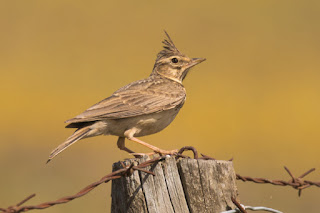 Thekla Lark - common enough in the Castro Verde / Mértola area and in the western Algarve, perhaps best separated from the similar Crested Lark by the shape of the bill. 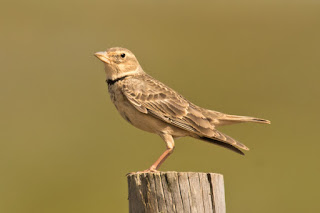 Calandra Lark - a very distinctive and easy to identify lark and one that is easy to see in the Alentejo at most times of the year but especially when they are displaying and singing. 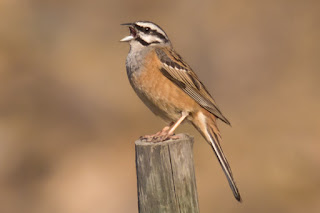 Rock Bunting - in the Algarve, probably most numerous in the hills of Monchique and Caldeirão but this one was less than 15km from Castro Marim in the east. 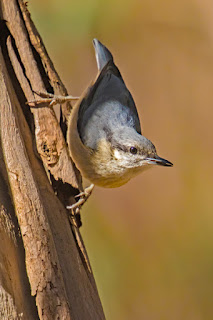 Eurasian Nuthatch - most often seen (by us) in the woodlands of the Serra do Caldeirão but also regular at Ludo. 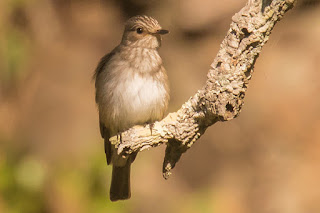 Spotted Flycatcher - an uncommon breeding bird in the Algarve but we found this one at what seems to be a regular site where in previous years we have also seen breeding Common Redstarts. 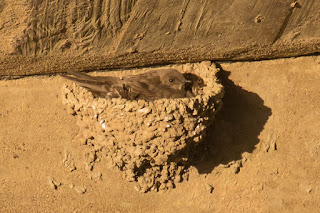 Crag Martin - we have followed the progress of this easily viewed roadside nest for several weeks.  It's amazing how they manage to stick the nest to vertical walls. 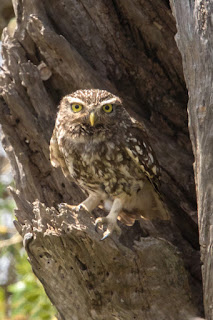 Little Owl - a common enough species but this particular bird is very obliging and usually to be found in this same roadside tree. 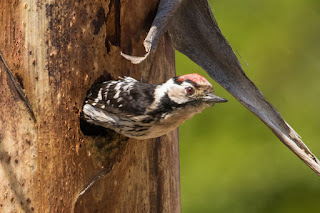 Lesser Spotted Woodpecker - we mentioned this nest in a previous blog.  It was in the same agave where a pair nested in 2011.  When we last visited, they were feeding young. 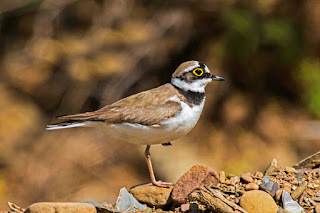 Little Ringed Plover - commonly found breeding around reservoirs and along rivers and streams; passage birds are sometimes seen in the Ria Formosa; we call them 'lurps'. 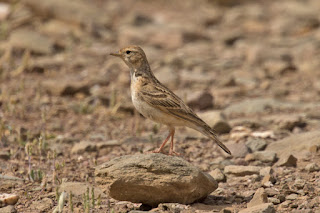 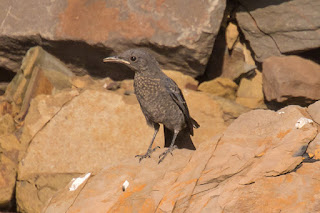 Blue Rock Thrush - a recently fledged juvenile that we came across in the Eastern Algarve. 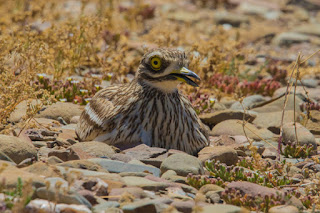 Stone-curlew - one of a pair breeding in the Ria Formosa.  Habitat loss has resulted in fewer birds around Tavira in recent years. 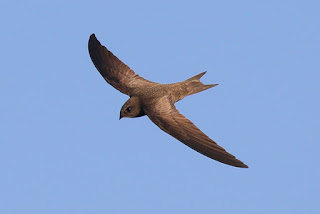 Pallid Swift - we always enjoy the challenge of photographing these birds that nest in the trunks of palm trees in the centre of Tavira.

A Day in Doñana

Regular readers of this blog and those who have visited the Algarve will know that our base in Tavira is only 30km or so from the border with Spain.  This allows us occasionally to make a day trip to Doñana, still regarded as one of the most important wetlands in Europe and an excellent location for all sorts of wildlife.  We were there just recently and although only a small part of the area can be seen in a single day, we had reasonable success visiting the Dehesa de Abajo and the José Antonio Valverde Visitor Centre.

There aren’t many bird species available in Doñana that don’t occur regularly in Portugal but notable exceptions are Marbled Duck and White-headed Duck, both of which are classified by BirdLife as Globally Threatened, and Red-knobbed Coot, which is widespread in Africa but scarce in Europe.  However, finding any of these in Doñana isn’t guaranteed and on this recent occasion we found only one of them: there were four White-headed Ducks at Dehesa de Abajo, three males and a female. It’s quite possible that there were Red-knobbed Coots present, too, but on this occasion there wasn’t much enthusiasm for standing in the blazing sun peering through a telescope trying to find them amongst hundreds of distant Eurasian Coots.

What Doñana does offer is better opportunities to see species such as Great Reed Warbler, Savi’s Warbler, Black-crowned Night Heron, Squacco Heron and Black Kite, which are not ‘every day’ birds in the Algarve and much greater numbers of European Reed Warblers, Purple Herons and Glossy Ibises. 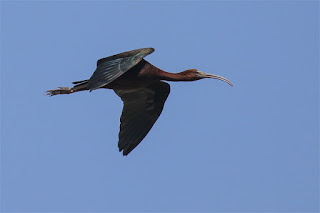 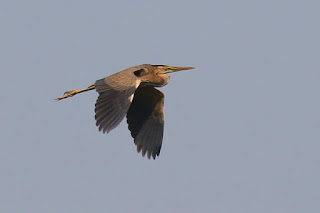 We have written before including  here, here and here about previous visits to Doñana.  One of the features of visits in the breeding season has been the spectacle of hundreds of nesting herons, egrets and Glossy Ibises at the José Antonio Valverde Visitor Centre so it was disappointing this time to find virtually none there at all.  Fortunately, it wasn’t long before we were able to at least find where they had re-located to but it is no longer possible to view them at such close range.  However, there were countless birds constantly flying to and fro and endless opportunities for flight photography. 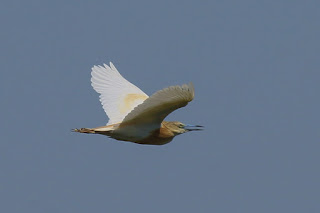 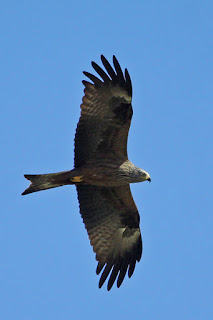 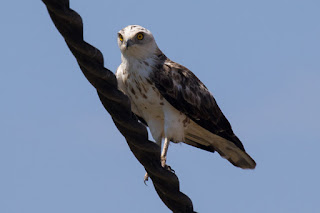 Other than Lesser Kestrels and hundreds of Black Kites we saw disappointingly few raptors but at least one Short-toed Eagle allowed close approach.

Mid-June would not be our recommended time to visit Doñana but if you can put up with temperatures of 40ºC and higher, it still offers some good birding.  Better, though, to go in April or early May when more birds are singing and there’s the prospect of seeing some migrants.