The second half of October saw more rare birds arriving in the Algarve.  The star attraction was an Olive-backed Pipit found near the Cabranosa raptor watch point on the 21st.  The only accepted record of this species in Portugal was down here in the south at Alvor some 20 years ago but several have been reported from the Berlengas, Cabo da Roca and elsewhere in the last three years and those reports are still in the hands of the Rarities Committee.

Also found near Cabranosa on the 21st was a Yellow-browed Warbler, which proved to be the first of many!  So far there have been about a dozen in the Algarve and others further north.  There is still time for more to be found and numbers look certain to exceed last year’s total, which itself far surpassed anything that had gone before. 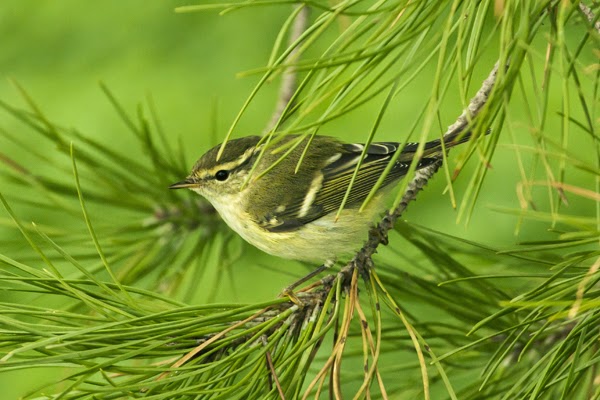 As might be expected, these birds at Cabranosa attracted some attention and perhaps it was increased observer activity in the area that resulted in three Rüppell’s Vultures being identified amongst the many Griffons and to the discovery of a White-rumped Sandpiper at nearby Martinhal on the 22nd.

Rüppell’s Vultures, while still very rare in the Algarve, are now birds that can almost be expected at this time of year at Sagres.  Recently we wrote here about vultures in Portugal and the fact that five Rüppell’s had been seen together in the Eastern Alentejo.

The White-rumped Sandpiper, which stayed until at least the 26th, is interesting as it is only the seventh record of this species in Portugal and it follows two others at Martinhal in 2009 and 2013.  Or does it?  What are the chances of three different White-rumped Sandpipers turning up in exactly the same place?  The 2009 bird was a juvenile; we believe the subsequent reports have referred to adult birds.  There seems no reason at all why this latest record (and last year’s) isn’t the return of the same bird and, who knows, it may well have remained undetected when making other visits to Martinhal. 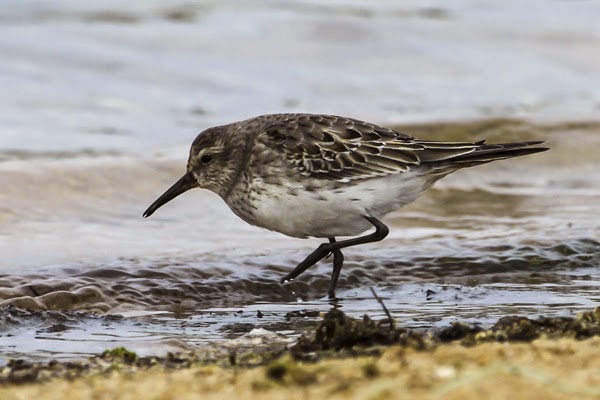 Perhaps because it was more of an oddity than a rarity, we omitted to mention in our earlier rarities roundup the hybrid Western Reef x Little Egret that we saw near Forte do Rato in Tavira on 19th September.  It looked very much like the bird that we had seen in the same place in September 2013 and we are reminded of it now because it seems to have moved to Spain.  See here a photograph that appears to be the same bird reported from Isla Cristina, Huelva on 26th October. 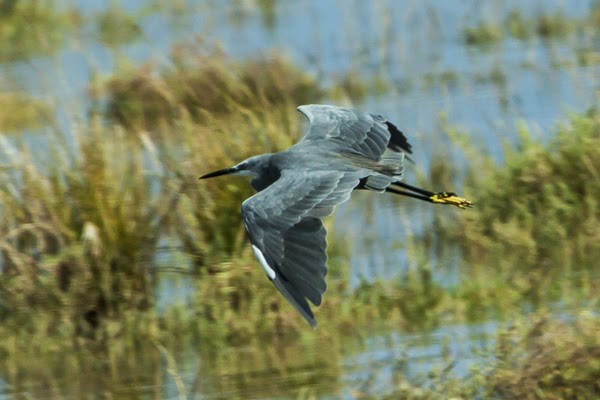 No doubt November will bring more interesting birds to the Algarve; last year we had Eider, American Wigeon and Lesser Yellowlegs amongst others and from a previous November we recall a Red-breasted Flycatcher so there’s still time to look for passerine vagrants.
Posted by Peter and June at 22:13 No comments: