Several migrating Oriental Honey Buzzards (or maybe Crested Honey Buzzards depending on your taxonomic preference) were seen by Peter earlier this month during his trip to China. 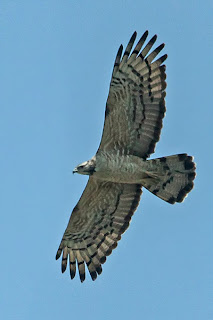 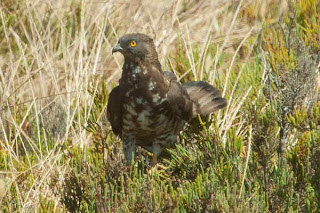 And then yesterday at Castro Marim in the Eastern Algarve we came across this European Honey Buzzard, presumably also a late (and very tired) migrant.  Our only previous experience of this species in the Algarve has been much further west and with autumn migrants in September and October so this was most unexpected.

These birds belong to the genus Pernis and are not related to the ‘true’ buzzards of the genus Buteo although in several respects their appearance is quite similar.  Because they aren’t really buzzards, they are sometimes referred to as Honey-buzzards rather than Honey Buzzards!

After our long journey from Tavira, via Lisbon and Dubai, our first night in China was spent in Beijing, close to the airport.  The following morning before departing for Beidaihe there was just time for a short walk from our hotel to look for Azure-winged Magpies, a species that I had a particular wish to see and which I was told we were unlikely to find elsewhere during this trip.   Happily it didn’t take very long to find some in trees alongside a dual carriageway but in the short time available I wasn’t able to study them very closely and they proved impossible to photograph.  They didn’t appear very different from the Azure-winged Magpies that I ‘m familiar with in Portugal.

Are these birds in China really a different species from those we have here in the Algarve?  We have blogged before on this subject here when the issue was of no more than of academic interest.  Now, having seen them both, I suppose I have to decide whether or not my life list is increased by this latest sighting.  Do I follow the taxonomy of the IOC and Handbook of the Birds of the World or do I follow Clements and Birdlife International?  To tick or not to tick, that is the question!  At the moment, I’m inclined not to tick but I’m open to persuasion.

The four-hour bus journey to Qinhuangdao and the shorter minibus ride from there to Beidaihe produced very few birds of note but when we arrived at the Jinshan Hotel there were plenty to see right there in the hotel grounds.  Some were resident species like the flashy Red-billed Blue Magpie, Great Spotted Woodpecker, Tree Sparrow, Light-vented Bulbul and Eastern Great Tit, with the last of these also presenting a taxonomic dilemma as it is regarded by some as a separate species from Parus major, sometimes referred to as Japanese Tit. 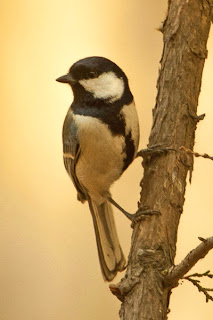 There were also quite a few migrants: Olive-backed Pipit, Yellow-browed Warbler, Dusky Warbler, Brown Shrike, Eurasian Wryneck, Black-faced Bunting and, best of all, a male Siberian Rubythroat.  My only previous Dusky Warbler had been a glimpse of one at Sheepwash Urban Park in the West Midlands on a typically gloomy November day in 1996 so I was pleased with a proper look at that.  I was also happier with the Black-faced Bunting than I was with the long-staying individual at Pennington Flash in 1994 that was accepted on to the British List but which I remember thinking at the time might have been an escape from captivity. 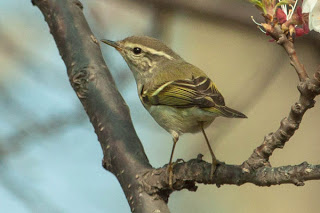 Next morning, before breakfast, we made the first of several visits to the nearby Friendship Hotel which has grounds even more extensive than those at the Jinshan.  It proved to be a good morning for thrushes with Grey-backed, White’s, Chinese and Dusky plus a Naumann’s x Dusky intergrade.  There was also a nice view of a spiffy male Taiga Flycatcher. 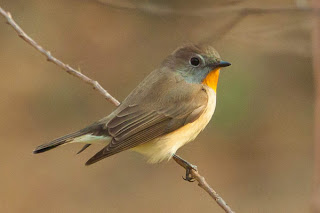 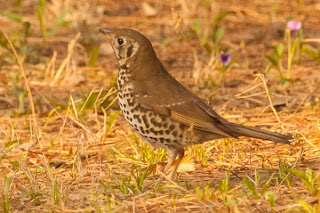 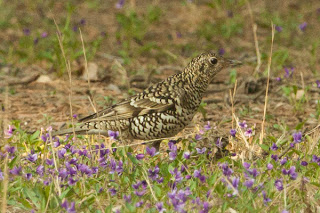 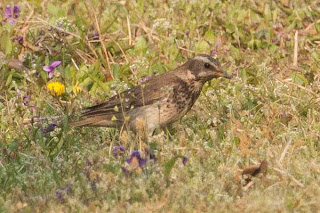 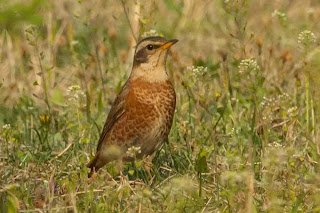 The grounds of the two hotels and/or the nearby Lighthouse Point were visited before breakfast on five subsequent mornings during our stay but there was never again anything approaching the numbers and variety of migrants that we found on the afternoon of our arrival and the following morning.  Having read before the trip several accounts of spectacular falls of migrants at these sites on exactly these dates in previous years it was, to say the least, a disappointment that we had managed to pick a period to be there when so few birds were present.  It was a disappointment that we shared with quite a few other visiting birders but that was little consolation.  However, I know only too well from similar experience in High Island, Texas that spring migration is different every year and that weather conditions are all important.  There is nothing you can do about it.

Fortunately, there was more to this trip than just mornings around Beidaihe….

A Squacco Heron was an unexpected find yesterday here in the Algarve.  It was on a small pond by the entrance to the Pinheiros Altos Golf Resort.  Squacco Herons are rare breeding birds in Portugal so seeing one at this time of the year is quite unusual.  We do recall also seeing one in May last year, but all of our other records have come in the months October to March. 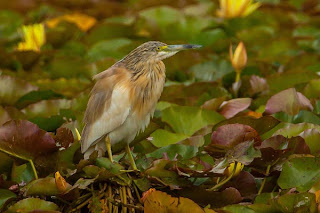 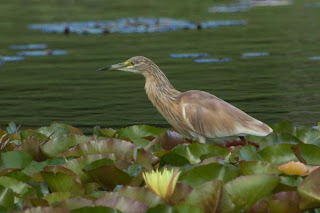 Nearby at Quinta do Lago, we watched three juvenile Little Bitterns doing not very much!  Their male parent appeared to bring food on one occasion but otherwise seems to be leaving them to fend for themselves.  He presumably thinks it’s time they were independent. 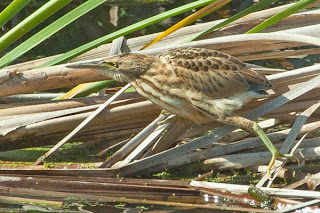 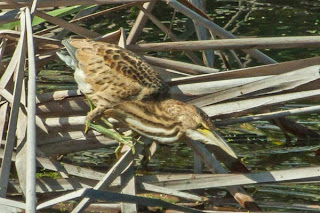 Elsewhere, the day’s highlights included Collared Pratincoles, Caspian Terns, a Black Tern, Slender-billed Gulls and Audouin’s Gulls but the weather was windy and quite cool and not what we came here for!

When Ray Tipper told me that he and two Avian Adventures clients were planning to spend the first two weeks of May in China it didn’t take long to persuade me to join them!  Their main aim was to be bird photography but for Ray it was also to be a scouting trip with the intention of possibly arranging a tour for 2014. 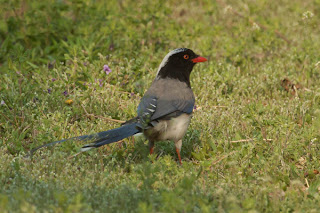 The itinerary included six nights at Beidaihe, four nights on Happy Island and excursions to Old Peak to look for Koklass Pheasant and to Qinglong River in the hope of seeing Ibisbill.  Beidaihe and Happy Island have long been known as migration hotspots with early to mid May the best time to be there.  Clearly there was the possibility of seeing plenty of birds! 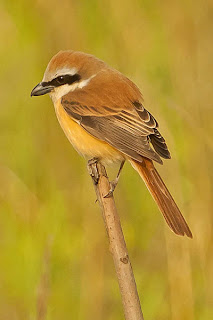 For me it was also an opportunity to travel to Asia for the first time, to see the Great Wall of China and maybe to see some of those species that I have previously only read about, the ones that have names beginning with the word Siberian!  Just as importantly, there was also the chance of seeing more than a dozen wader species that I hadn’t seen before. 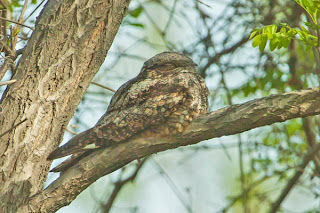 I’ve been back for four days and am now starting to make progress with processing the many photographs taken, a few of which will appear here on the blog over the next couple of weeks or so together with some details of the trip and the birds seen.