Here are just a few photographs from the recent Avian Adventures tour in Ethiopia.  It's pleasing to report that the accommodation and the food were both improved since our last tour there and we even managed to have much better weather than last time! 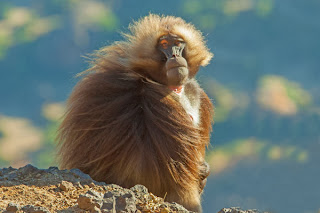 Gelada - often referred to as Gelada Baboon - spends most of its time sitting eating grass. Apparently it's not really a baboon at all but it certainly looks like one.  It can only be found in Ethiopia. 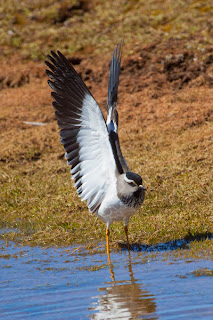 Spot-breasted Lapwing - an Ethiopian endemic, not difficult to find in the highlands above 2,500m. 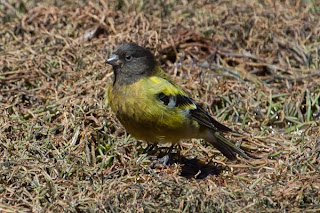 Black-headed Siskin or Ethiopian Siskin - another Ethiopian endemic and common, sometimes abundant in the highlands. 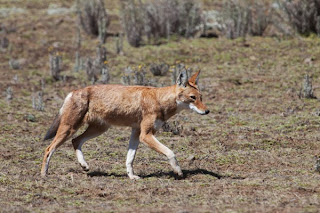 Ethiopian Wolf - now listed as Endangered by the IUCN, on account of its small numbers and fragmented range. Threats include habitat loss and fragmentation, diseases and hybridisation with domestic and feral dogs.  We saw about ten of these fox-like animals, which feed mainly on rodents, notably Giant Root-rats. 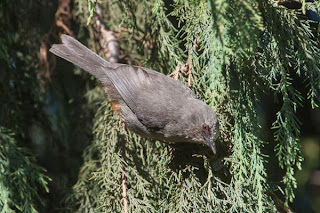 Abyssinian Catbird - also an Ethiopian endemic, its song is reminiscent of a Nightingale and it looks somewhat like a Grey Catbird of North America but is no relation. 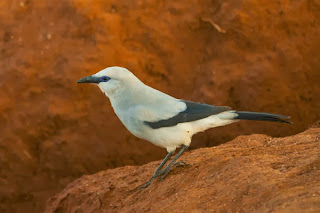 Stresemann's Bush-crow or Ethiopian Bush-crow - also endemic to Ethiopia and in some ways the country's star bird.  It's confined to a very small area but within that area is quite common.  It bears a striking resemblance Clark's Nutcracker.

We have another tour to Ethiopia scheduled for December 2014.