This morning’s pelagic trip from Fuseta was one of the best that I’ve experienced in the Algarve in terms of the numbers of species recorded even if the actual number of birds wasn’t exceptional.

The trip lasted just three hours during which time we went no more than about five miles from land, so hardly ‘pelagic’ really.  Surprisingly, no chum was used; it wasn't necessary - we simply headed out to find a fishing boat and that’s where most of the birds were.

The one major downside was that after weeks of uninterrupted sunshine it had to be today that started with 100% cloud cover.  Not until the trip was all but over did the sun put in an appearance.  As a result, photography was difficult to say the least and the results disappointing. 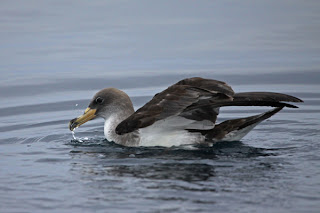 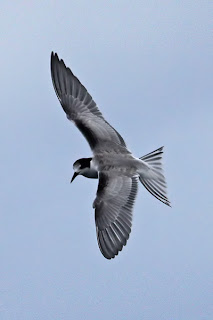 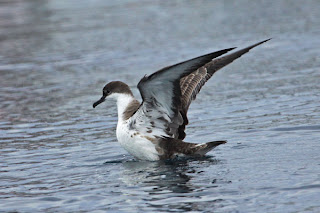 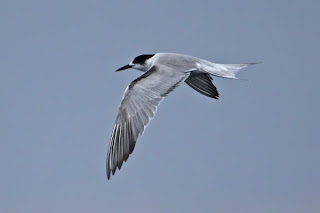 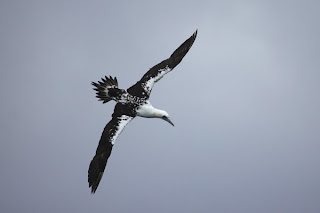 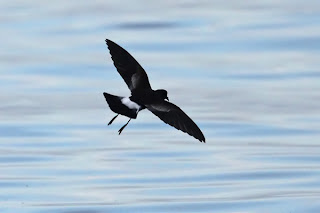 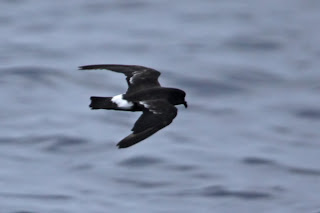 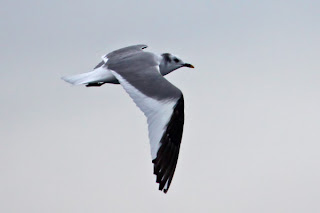