What little news there has been so far from June has included detailed accounts of the many 'new' birds she is seeing in Colombia!  She sounds really enthusiastic about the place and why wouldn't she be?  It would have been nice if we had both been able to go but instead I'll have to wait...until January.  Anyway, if I needed any motivation to get me out birding here on my own, then she has provided it!

A couple of months ago we came across a small fresh water pool here in the Eastern Algarve that had been formed as a result of a leaking pipe.  In this parched environment it was already attracting quite a few birds and we had a couple of sessions there with the camera, using the car as a hide.  At the beginning of July the variety of species wasn't that exciting but it was obvious that if conditions continued and there was no repair to the pipe, then the migration season could provide a lot more interest.

And so it was that on Thursday and Friday mornings I set off early, arriving by the pool just as the sun was beginning to illuminate it.  There is actually more water there now than there was earlier, perhaps a little too much as where before there had been Yellow Wagtails, now there was were Green Sandpipers, a Common Sandpiper, a Little Ringed Plover and a Spotted Redshank.  Maybe, in due course, we might have to make some minor modifications, a small irrigation project, in the interests of species diversity! 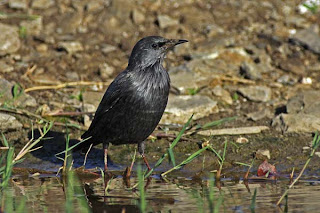 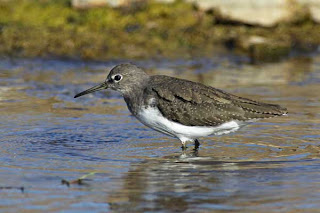 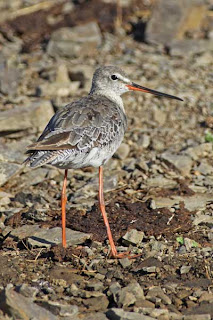 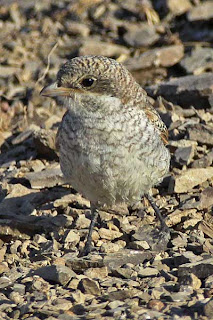 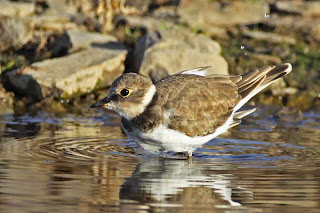 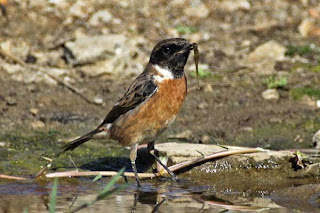 In a total of five hours spent by the pool, I managed to photograph fifteen species with Woodchat Shrike and Spotless Starling being the highlights (other than, of course, the two Tringas already mentioned).  Spotless Starling, in particular, has proved in the past to be a very difficult bird to get close to.

Unless somebody calls a plumber (heaven forbid!) I can see this pool becoming part of our routine for weeks to come.

This morning I walked from Pedras d'el Rei to Barril Beach alongside the narrow gauge railway track.  The trees and bushes here always look like places that might attract a few migrants and now should be the time to find them.  And so it was but no more than a handful of Pied Flycatchers, a Common Redstart, a Turtle Dove, a Garden Warbler and a few Chiffchaffs.  There will be better mornings here in the next few weeks. 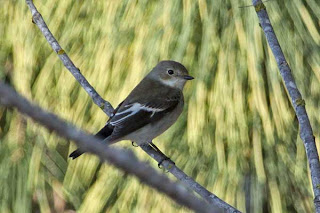 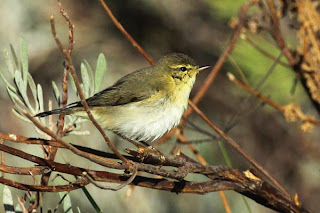 A brief visit to the salinas at Santa Luzia quickly produced all six of the regular gull species and I managed to read about a dozen colour rings on Audouin's Gulls, including several of the blue rings which denote an origin here in the Algarve.

Heading for home, I called at Forte do Rato where I needed the Swarovski 'scope to find the prodigal "Grey Egret", a bird that had been reported MIA but was it seems just AWOL.

Finally, half a dozen easily found Stone-curlews rounded off the morning before an excellent sausage and scrambled egg sandwich and a galão at Restaurante Ana.