After a night at the Malvina House Hotel in Stanley our first full day in the Falklands began with a FIGAS flight to Pebble Island.  The flight took about an hour in a Britten Norman 2B Islander aircraft

Pebble Island lies just off the north coast of West Falkland.  With an area of 10,622 hectares it is the third largest of the offshore islands in the archipelago (after Weddell and Saunders).  It stretches 39km from east to west but is only about 7km at its widest point.  The settlement and airstrip are located on a narrow isthmus close to 6.4km Elephant Beach, the longest sand beach in the Falklands.

The east of the island is mainly low lying with many large lakes and ponds with imaginative names such as Big Pond and Long Pond that are good for ducks, geese, grebes and waders.  To the west there are three peaks, First Mountain (277m), Middle Peak (214m) and Marble Mountain (237m). 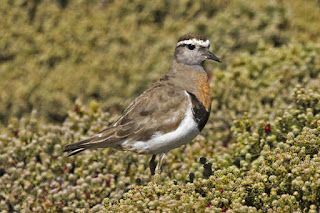 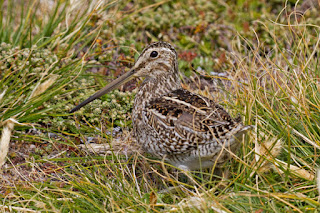 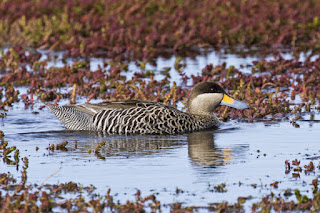 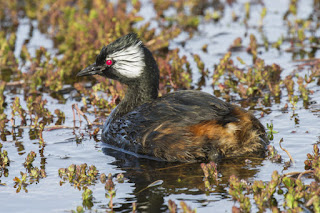 The island has been designated an Important Bird Area.  It has 42 breeding species including over 1,000 pairs of Imperial Shags and several large colonies of penguins.  In our short time on the island we saw five species of penguins: King, Southern Rockhopper, Magellanic, Gentoo and Macaroni. 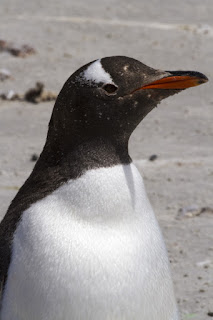 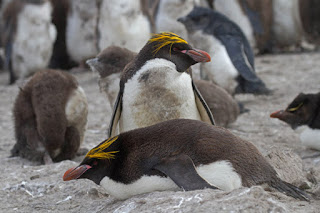 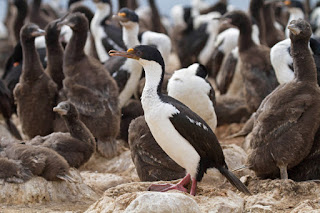 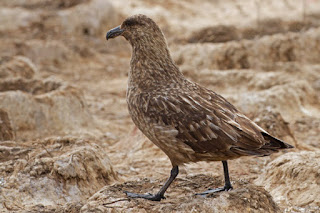 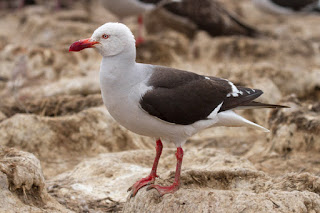 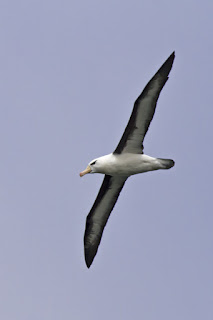 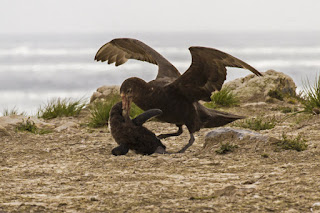 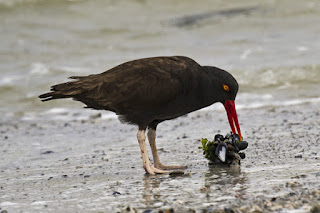 We stayed just one night at the lodge where Riki Evans was a very good host.  The building was originally the farm manager’s house but was converted in 1987 to a lodge to accommodate visitors. There are no roads on the island so we were shown around in a Land Rover driven on the first day by local guide Montana Short and the following morning by Riki himself. 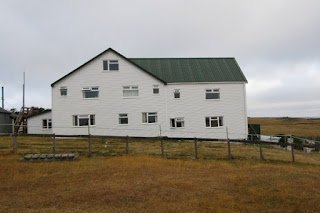 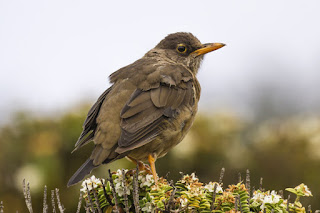 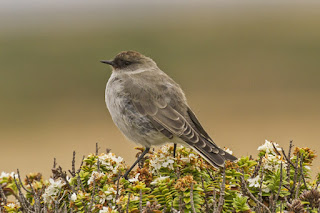 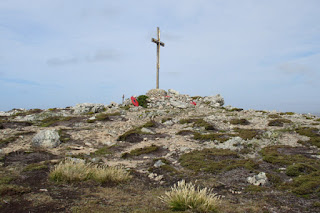 Memorial to those who died on HMS Coventry, sunk off Pebble in May 1982

I thought Pebble was great and I would have liked to have spent more time there.  However, it wasn’t that kind of trip!