Peter writes:
I have just returned from my first ever visit to the Falkland Islands where I was one of a group of six (four tour operators plus a journalist and a photographer) invited by the Falkland Islands Tourist Board to sample the islands for a week.  This invitation came to me via Avian Adventures. 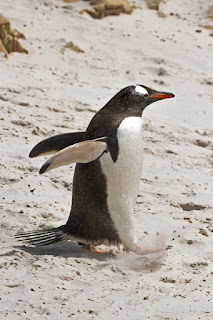 Just getting to the Falklands is an adventure in itself.  Located in the South Atlantic about 300 miles off the coast of South America, the islands are not the most easily accessible destination.  The vast majority of visitors arrive by sea on cruise ships and stay for only a very short time.  The other way to get there is by air, either taking an RAF flight from Brize Norton via Ascension Island or doing as I did, flying from Heathrow to Santiago via Madrid and after an overnight stay in Chile, onward flights to Punta Arenas and finally to Mount Pleasant Airport on East Falkland.  Total flying time was more than 20 hours; I left home in the UK at 6.00am on Thursday and arrived in Port Stanley at 3.00pm on Saturday! 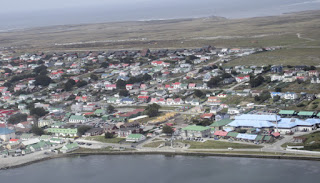 Port Stanley from the air 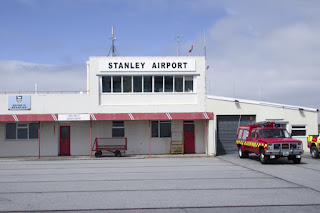 And that was just the start of my ‘flying visit’.  After a night in the Malvina House Hotel in Port Stanley the next morning we flew from there to Pebble Island for a one night stay.  Then it was on to Bleaker Island for a night, Weddell Island for two nights and then back to Stanley for two nights.  The flights between islands were operated by Falkland Island Government Air Service (FIGAS) using Britten Norman Islander aircraft.  We didn’t always fly directly to our destination island and in all there were eleven FIGAS flights.

Although my main focus was on the birds and other wildlife, it was difficult not to be aware the whole time of ‘the conflict’, the war in 1982 that resulted in 907 deaths in just 74 days.  On Pebble Island, in particular, and on East Falkland we came across the wreckage of various aircraft strewn across the countryside; in Stanley and elsewhere there are war memorials and even after more than 30 years there is still a team of Zimbabweans clearing landmines. 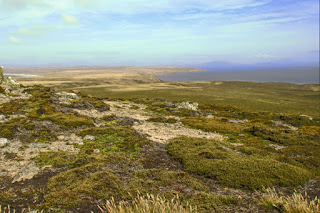 During what was just about a week actually on the Falklands I saw a total of 48 bird species, nine of which were ones that I hadn’t seen before.  Of those nine, four were penguins and it was penguins that dominated the entire trip.  I couldn’t raise much enthusiasm amongst my non-birding travelling companions for the likes of Dark-faced Ground-Tyrant, Blackish Cinclodes or even Upland Geese but even as non-birders they were all completely enthralled by the penguins. 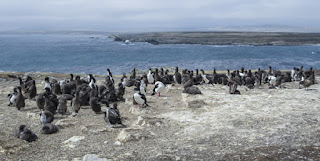 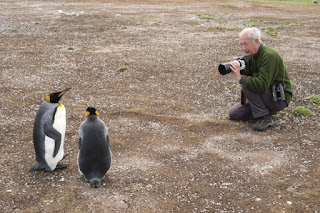 In the next few days I’ll share some more photographs from what was a very tiring but most enjoyable trip.
Posted by Peter and June at 16:44