Although they are still regarded as very rare birds in Portugal, the appearance last Thursday of two Little Crakes at Quinta do Lago could hardly be called a surprise.  In fact, their arrival was somewhat predictable given the pattern of occurrences of this species in recent years.  We wrote about it here at this time last year. 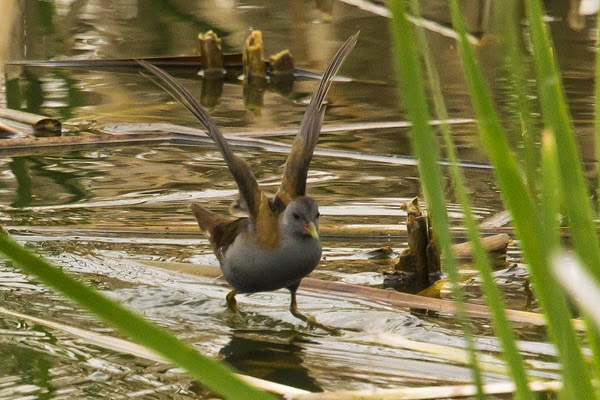 Now, once again, we have a male and a female being seen close to the hide that overlooks Lagoa de São Lourenço.  We were there yesterday for about two and a half hours and during that time were able to watch the birds for several minutes and even photograph them, although from quite a distance and in very poor light. 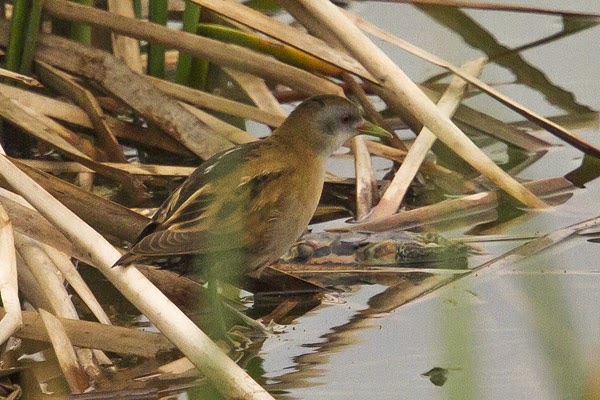 We arrived at the hide half thinking that it might be full of twitchers but then remembered where we were!  As it was, while we were waiting for the Little Crakes to show, we spoke to half a dozen or more people who came into the hide but none of them was even aware that these rarities had been reported.  They certainly showed interest when we told them the story but they all seemed just as keen to see Bluethroat, Glossy Ibis, Little Bittern, Common Snipe, Yellow Wagtail, Purple Swamp-hen, Black-headed Weaver, Cetti’s Warbler and several other species that were frequently visible only a few metres away.  And why not - and what a great place that hide is from which to see such a variety of species so well.  Perhaps the Little Crakes will attract more attention over the weekend but there are plenty of other birds to see while you’re waiting! 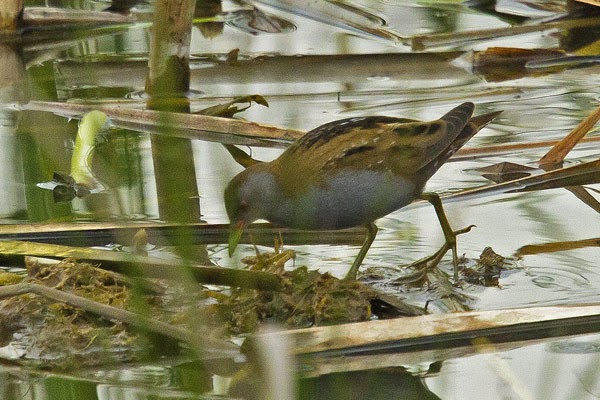 Anyway, what we would like to know is this.  Are these Little Crakes the same individuals that have occurred in exactly the same location and circumstances in previous years; where have they come from and where do they breed?  Any suggestions? 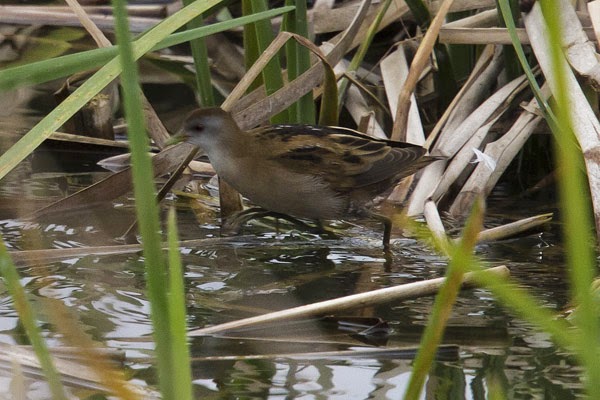 Interestingly, there has been a belated report of another Little Crake in the Algarve, at Paúl de Lagos on 5th March, and another was seen yesterday much further north near Óbidos.  If only they weren’t so secretive and such difficult birds to see maybe there would be a few more records not only in Portugal but elsewhere in Western Europe.