Once again there are Little Crakes (Porzana parva) at Quinta do Lago.  One was first seen on 14th March and subsequently two birds have been seen, a male and a female.

We blogged here about the occurrence of Little Crakes at Quinta do Lago in March / April 2012.  Those birds were extremely difficult to see and, in fact, we don't know whether it was ever established for sure whether there were two of them or whether one might have been a Baillon’s Crake (P. pusilla).

Unfortunately, but unsurprisingly, the current birds are so far proving even more elusive with one observer yesterday claiming that he had seen one or other of them for a total of only about a minute during the ten hours that he was there watching for them!

Before the 2012 bird(s), there were only two previous records of Little Crake in Portugal, both of them juveniles.  Can you guess where they were?  The first was a long-staying bird from 9th August to 11th September 2008 and the other was seen on 20th September 2009; both were at Quinta do Lago!

So now we have records from this one site of juveniles in 2008 and 2009 and adults in 2012 and 2014.  Do we see a pattern emerging?  Of course, there is no suggestion that Little Crake has bred at Quinta do Lago, although there is thought to be a small population of these secretive birds not so far from here, in Doñana.  No, presumably, like so many other birds in the Algarve, these are simply migrants that are passing through on their way to and from West Africa; the pattern is just that they have all been seen from what is the most regularly used birdwatching hide in the country.  How many other Little Crakes there might be passing through here undetected in less popular localities, one can only imagine!

If you have the patience, there should still be time to go to Quinta do Lago to try and see the birds.  As far as we know, at least one of the 2012 birds remained there until at least 8th April.  However, be prepared to spend a few hours!  Of course, as always, there are plenty of other birds to see; Little Bitterns and Purple Swamp-hens are very active and Black-headed Weavers are building nests but don’t let yourself be distracted by them - you will need to concentrate hard if you want to see a Little Crake! 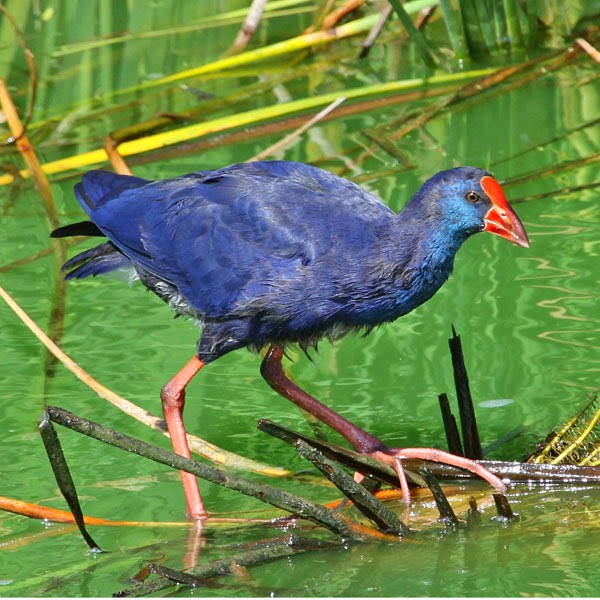