Leaving behind the scenic California coast we headed east for a two-night stay in Brawley, situated near the southern end of the Salton Sea. Shortly before we reached Brawley we saw our first of many Greater Roadrunners and Burrowing Owls and also one of the least expected birds of the tour, a Zone-tailed Hawk. 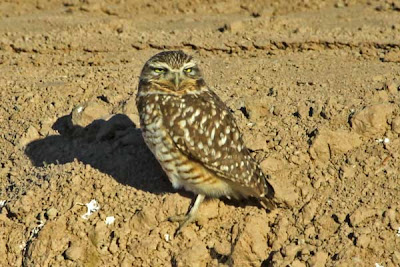 Burrowing Owl – a close relation of the Little Owl, familiar to us in Europe.
The 35-mile long Salton Sea is the largest lake in California that owes its existence to an irrigation scheme started at the end of the 19th Century. In 1905, when heavy rainfall and snowmelt caused the Colorado River to swell and breach an Imperial Valley dike it took nearly two years to control the river’s flow into the formerly dry Salton Sink and stop the flooding. The sudden influx of water and the lack of drainage from the basin resulted in the formation of the Salton Sea. It became a desert oasis and a thriving tourist attraction but by the 1970s, as the sea grew heavy with salt, sewage and agricultural chemicals, disease outbreaks began to kill birds and fish and tourists stopped coming. 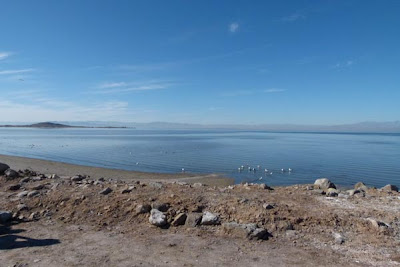 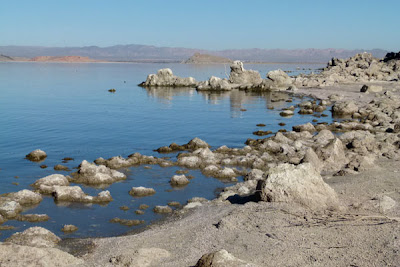 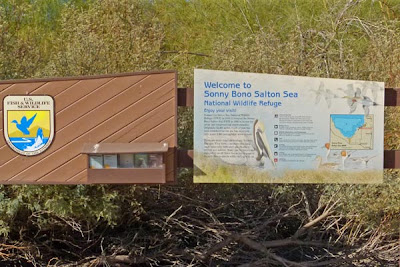 Cleaning up the lake became one of the issues championed by Sonny Bono during his two terms in Congress (1995-98). Who would have thought back in the 1960s when he was a successful singer, songwriter and actor, that following his premature death he would have a National Wildlife Refuge named after him as a result of his efforts to reverse the environmental problems of the Salton Sea? 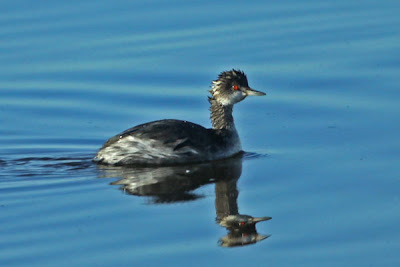 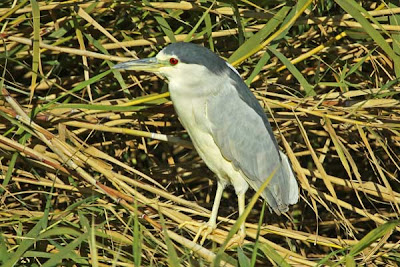 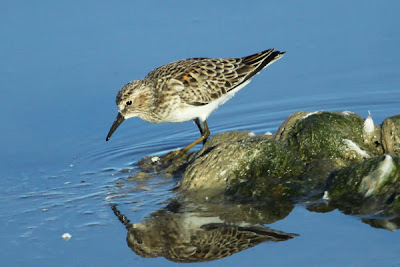 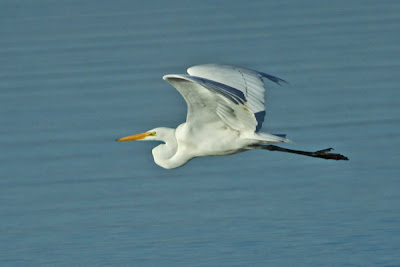 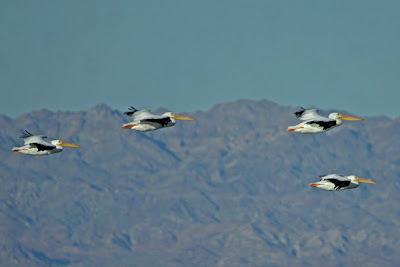 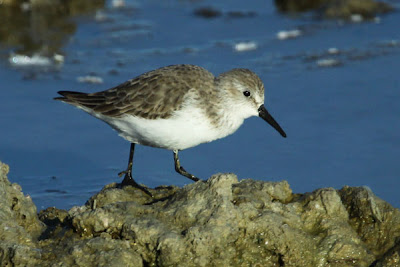 Western Sandpiper
The Salton Sea continues to be an outstanding location for birds and birders. Situated within the Pacific Flyway it provides important habitat for migrating and wintering birds. We had only a short time there but managed to see an excellent variety of shorebirds and wildfowl. As so often, it was large numbers of birds that impressed most – thousands of Snow and Ross’s Geese, Sandhill Cranes and White-faced Ibises. 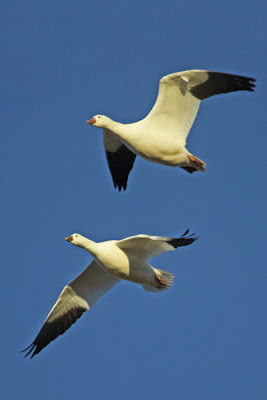 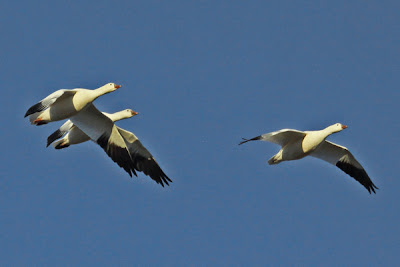 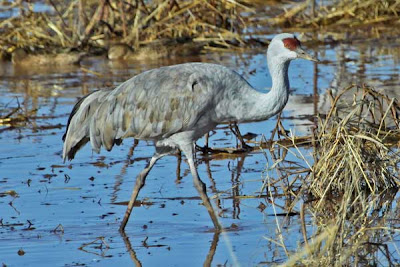 We were to see many more Sandhill Cranes in Arizona…
Posted by Peter and June at 15:45