From Monteverde we travelled just a short distance to another popular tourist area - Lake Arenal and the Arenal Volcano. The road from Tilarán is another that has been significantly improved since my last visit and we were able to make much better time than expected.

The man-made lake covers an area of 33 square miles and is a major centre for windsurfing. Dependable winds have almost inevitably resulted in a windfarm development at the northern end of the lake but I understand that something like 70% of the country's energy supply is from the lake's hydroelectric dam.

Volcán Arenal is Costa Rica's most active volcano. For hundreds of years it was dormant but on the morning of 29th July 1968 a powerful eruption took place that buried the town of Tabacón, killing seventy eight people. Nowadays the activity is less damaging but it is still possible most days to hear various rumblings and explosions and at night often you can see glowing orange lava flows. Rising to 1,633 metres (5,358 ft), it has the perfect conical shape that one expects of a volcano. Unfortunately, my experience here on many visits has been that low cloud has completely covered Arenal, sometimes to the extent that I wouldn't even have suspected that it was there!

On this occasion we were lucky. Although, low cloud on the evening of our arrival limited the amount of falling lava we were able to see, the following morning the cloud eventually lifted and there it was, the classic Arenal view complete with falling boulders. 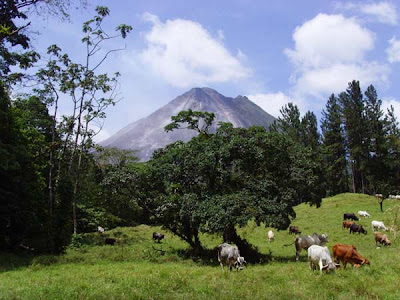 Volcán Arenal
However, we weren't here to look at some volcano, we were here for the birding! And excellent it was, too. Most of our birding was in the superb grounds of Arenal Observatory Lodge and along the road between the lake and the lodge. The list of species seen was impressive but the highlight for me was catching up at last with Keel-billed Motmot, a species that had previously eluded me. Unfortunately, in very poor late afternoon light I had to push the capabilities of my 50D to the limits to get any sort of photograph of it. At the edge of its range here, the bird appeared to be paired with a Broad-billed Motmot. Thankfully the following morning, when the sun eventually appeared, photography became somewhat easier. 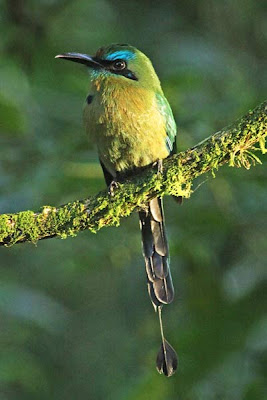 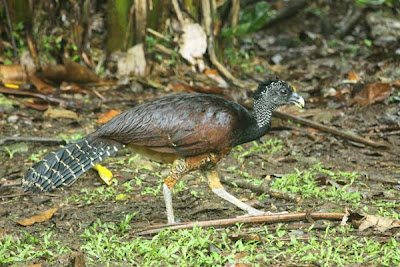 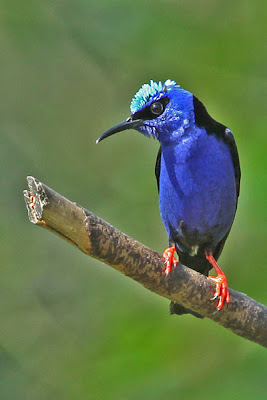 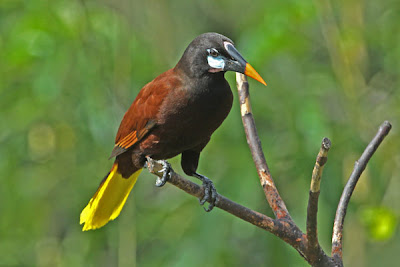 Montezuma Oropendola
Of course, we were now on the Caribbean side of the country for the first time and even many of the common species here were new for this trip. On the other hand, there were quite a few species that we saw only in the Arenal area, notably Black-crested Coquette, Slaty Antwren, Spotted Antbird, White-ruffed Manakin, Sulphur-rumped Flycatcher, Canada Warbler, Rufous-winged Tanager, Crimson-collared Tanager and Black-striped Sparrow. It's definitely a place not to miss.