We were out early today trying to photograph Stone-curlews - there are currently over 100 of them here in Tavira. So far they have been pretty unco-operative but we're persistent and hopeful that eventually we'll get some decent results. An Osprey fishing nearby was a brief distraction as we watched the thick-knees watching us!

In need of a cup of tea, we returned home at about 11.00am to find an email message referring to a "Cygnus cygnus" seen this morning at Altura, about 20 minutes away. As there appears to be only one previously documented record of this species in Portugal (in December 1990), it didn't take more than a few seconds for us to be back in the car and heading down there.

It came as no surprise when we arrived at Altura to find that there were no birders there but we were soon joined by Carlos Vilhena who had found the bird earlier and phoned the report to Gonçalo Elias which had resulted in the email. Well done to both of them! Carlos seemed amazed that the news had travelled so fast and that he had started a twitch! Had this been the UK and a bird of equal rarity there would have been a crowd that Olhanense would have been pleased with. 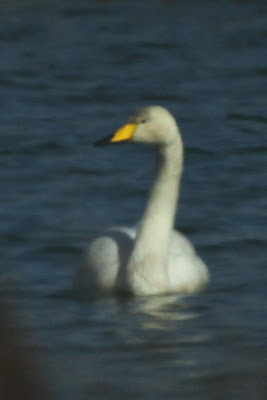 Of course there will be questions about the origin of this bird but when it up-ended we could clearly see that it carried no rings on its legs that might indicate that it had escaped from captivity. It also appeared to be very tired and it quickly moved away to the middle of the pool when we approached. 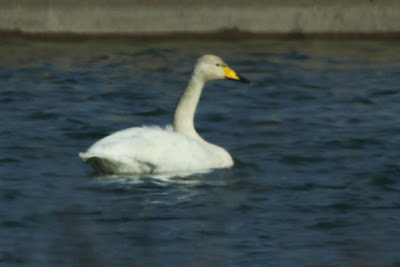 Seems to have the orange neck staining that can only be found in wild birds...

Yes, that certainly looks to be the case. A decision from the Portuguese Rarities Committee should be forthcoming soon!