We visited most of the island’s recommended birding sites seeking out our ten target species.

The Barranco de la Torre is described as the best site on the island for Fuerteventura Chat and we saw several of them there.  It was another place that we saw Barbary Partridge and we photographed Spectacled Warbler and Southern Grey Shrike there.  Again, with the shrike, we were looking at an endemic subspecies koenigi; they proved to be reasonably common in most areas that we went, often heard before they were seen. 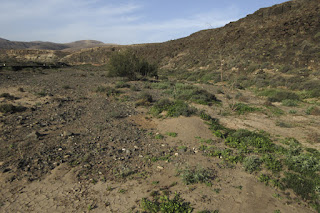 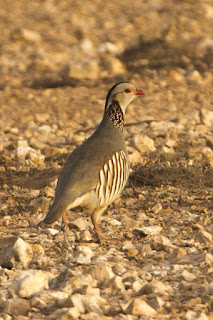 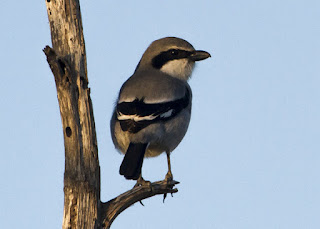 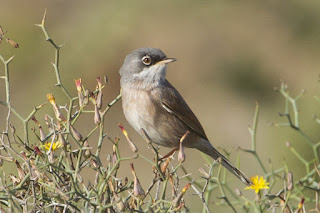 Berthelot’s Pipits and Trumpeter Finches proved to be common and widespread but with our remaining two target species we just got lucky.  We saw only one Barbary Falcon, which we watched for just a couple of minutes when we had stopped to look at something else and it was quite by chance that we came upon a small mixed party of Plain & Pallid Swifts when heading back late one afternoon to Caleta de Fuste.  They were circling quite low over the small town of Tetir and we had time to compare the two species. 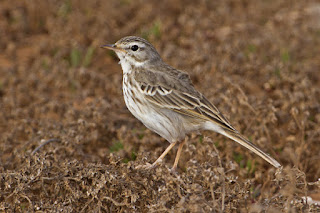 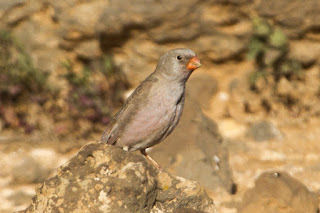 We made just one trip to the south of the island to the Costa de Jandia, which sounded much better in the books than it proved to be on the day we went.  We assume that accounts of exceptional numbers of waders in pools along the beach refer to migrants in the late summer and autumn and not to wintering birds in December.

While we were ‘down south’ we crossed to La Pared on the opposite coast where Black-bellied Sandgrouse reputedly come to drink.  Not while we were there, they didn’t!  Nor were we successful in the area between La Pared and Costa Calma, which is supposed to be good for desert species.  Probably we weren’t persistent enough having already seen all the species in question near Tindaya.

The most common birds seen almost everywhere were Eurasian Collared Doves and Spanish Sparrows.  Ravens were widespread and wherever there was water, there were Ruddy Shelducks.  The Ravens are of the subspecies tingitanus that also occurs in North Africa. 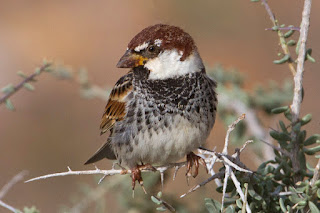 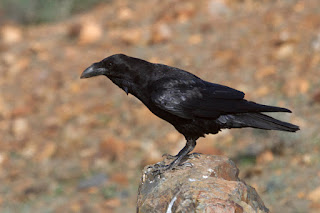 Barbary Ground Squirrels were quite common but the only other mammal species seen were a single Rabbit and several Algerian Hedgehogs that were ‘ roadkill’.  All of these have been introduced to the island. 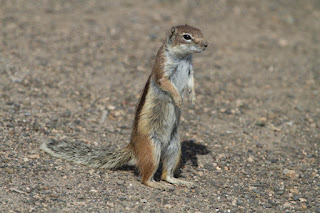 In total we saw only 52 bird species during the week, although with a bit more effort that number could no doubt have been improved on.  However, there seemed little point in spending time searching out common species that we see regularly and we very much concentrated on our targets.  We didn’t even go and look for the Yellow-browed Warbler that was reported from Costa Calma while we were there!
Posted by Peter and June at 17:29