We’ve had another excellent week’s birding.  Again we’ve been to the Castro Verde area and across the border to Doñana as well as to most of the best sites in the Algarve.

It’s been a great time for raptors and we have seen an amazing 20 species in the space of five days.  These were Eagles (6), Falcons (5), Harriers (3), Kites (2), Vultures (2), Sparrowhawk and Common Buzzard. 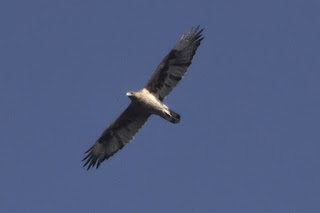 The standout species among those were a Steppe Eagle and a Pallid Harrier but Eleonora’s Falcon and Merlin are also species that we don’t see very often.  Somehow we managed to miss seeing any Ospreys!

The Steppe Eagle is presumably the same bird that was first reported in the Baixo Alentejo at the end of August and has been seen several times since then.  We found it near Entradas in the company of two immature Spanish Imperial Eagles on the ground at a carcass.  It isn’t a species that one would expect to see in Portugal and already doubts have been expressed about its origin. 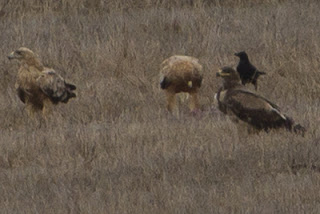 The Pallid Harrier on the other hand is a bird that no longer comes as a surprise here.  The first record for Portugal was as recently as 2011 but there have been records annually since then.  We had good views of one near Cabranosa which was our first here.

Passerine migration continues, of course.  Robins, Blackcaps and Meadow Pipits have become noticeably more numerous in the past week or so while Whinchats, Northern Wheatears, Pied Flycatchers and others are now fewer.  Not surprisingly, there have been quite a few Yellow-browed Warblers, a species that looks set to lose its status as a rarity here as it has in the UK. 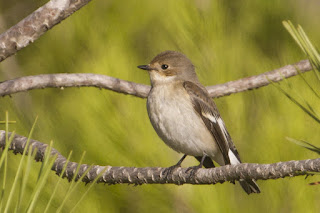 In the Alentejo, we found four Mute Swans at Alvares where previously there had been only two.  We hear that since our last visit there these birds have been joined by two Black Swans!  One can only speculate as to the origin of these birds and hope that they soon move on!  It’s been good to see the increasing number of Green Sandpipers and Common Snipe at this site and at similar small reservoirs in the area. 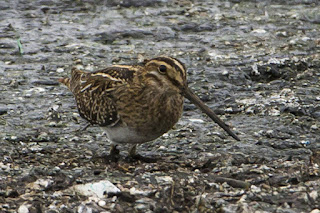 Lagoa dos Salgados continues to hold hundreds of birds with the water level a little lower now than it was a month ago.  A particular feature there recently has been the number of Glossy Ibises, which at times has reached 500 or more.  A couple of Marsh Harriers regularly cause panic amongst the many ducks, gulls and waders.  Bluethroats are now a frequent sight.  We saw both Black & Caspian Terns during our last visit. 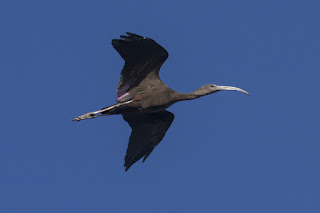 Quinta do Lago is also a site that seldom disappoints.  The Purple Swamp-hens and Little Bitterns there are always popular and the Black-headed Weavers frequently come as a surprise to first-time visitors.  The hide there provides an opportunity to sit and actually watch birds and also to show them to the non-birders who regularly look in.  Who knows when helping someone see a Kingfisher through our Swarovski 'scope will add another recruit to our hobby/obsession! 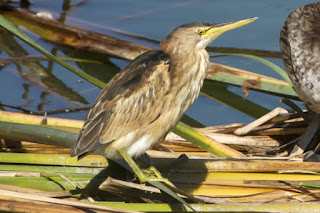 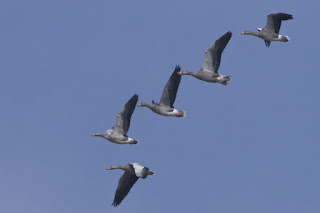 After our previous disappointing trip to Doñana we waited before going again until there had been rain.  We were rewarded this time with good numbers of birds, particularly at Dehesa de Abajo.  We failed to locate the dozen or so Common Cranes that had been reported but we did see our first Greylag Geese of the season, which were also very recent arrivals.  The adult Spanish Imperial Eagle that we saw last time was again perched on a pylon in the same area.
Posted by Peter and June at 13:24