Our last three nights in Tanzania were spent at the Ngorongoro Sopa Lodge, situated on the eastern rim of the wonderful Ngorongoro Crater.  Here we were at 7,800 feet above sea level, high enough for a significant drop in the temperature and also high enough for occasional pauses for breath to be needed when walking uphill!  This was Avian Adventures' fourth time in Tanzania; we reported here about one of the previous visits to Ngorongoro. 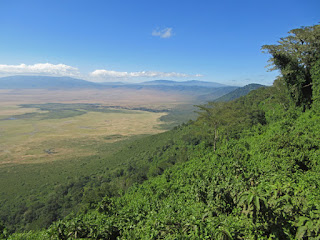 Looking down into the crater from the rim 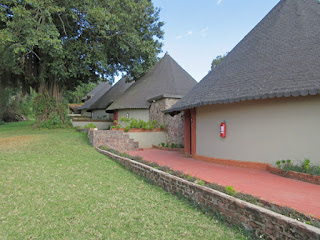 Part of the Ngorongoro Sopa Lodge

Most of the mammal species that we had already seen elsewhere were down there on the vast expanse of the crater's grassland although Giraffes and Impalas were notable exceptions.  As well as Wildebeest and Zebras, Thomson's and Grant's Gazelles were very common and we also found a few Kongoni.  As might be expected with all these prey species present, it wasn’t long before we saw Lions and remarkable numbers of Spotted Hyaenas.  There were also Black-backed Jackals and we were lucky enough to see Serval Cats again. 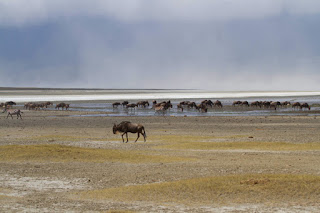 A typical view in the crater with Zebras and Wildebeest 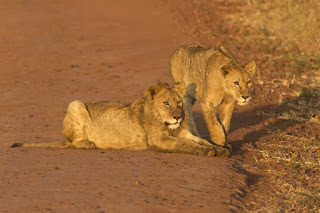 Lions - they are really impressive at close range 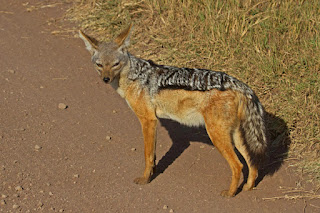 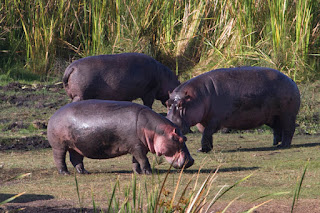 Hippos - aggressive, unpredictable and surprisingly fast over a short distance! 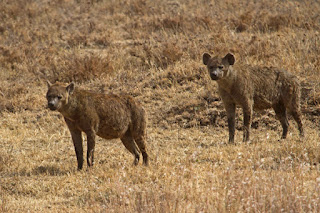 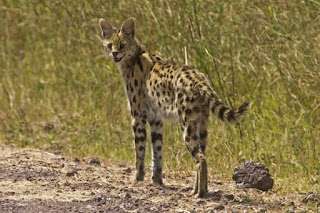 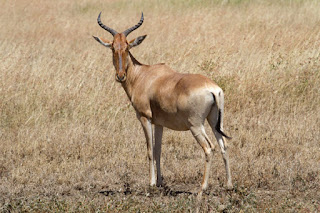 There were also plenty of birds, ranging in size from Ostrich, Kori Bustard and Grey Crowned Crane down to Fischer's Sparrow-Lark and the tiny Pectoral-patch Cisticola. 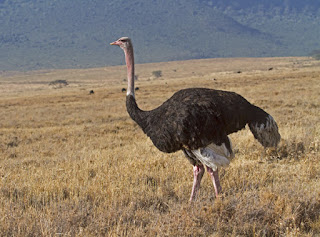 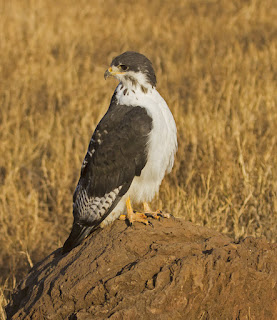 Augur Buzzard - one of the mostly commonly seen raptors in Tanzania 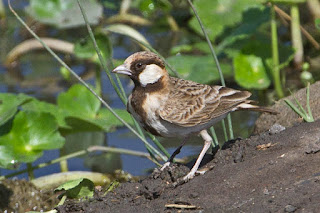 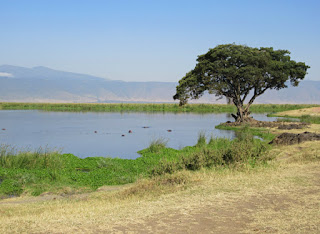 Ngoitokitok  - a popular picnic site in the crater

If you like the look of Ngorongoro Crater, Tarangire and the Serengeti, Avian Adventures have another tour to Northern Tanzania planned for April 2016.