It's good to be back!

On Wednesday morning, after a month away from Portugal, which included our Avian Adventures tour in Florida, we were ready again for some Algarve birding.  As is usual when we’ve had time away, we began by spending a few hours checking our local area around Tavira and Santa Luzia. The weather was almost perfect - clear blue sky, temperature up to 18ºC.

One of the reasons for being in Tavira is that we particularly enjoy seeing waders and it wasn’t surprising to find 22 species within walking distance from the town centre.  With a bit more effort we might well have added to that total. 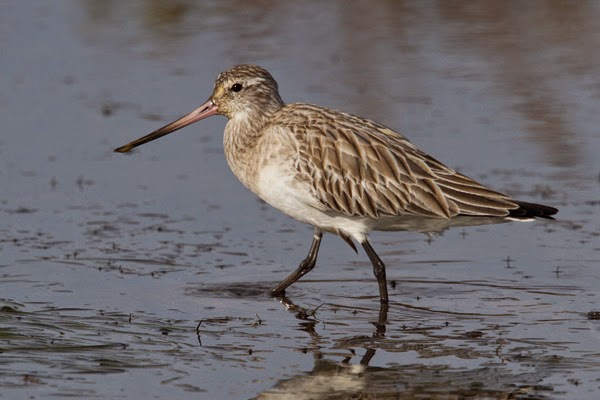 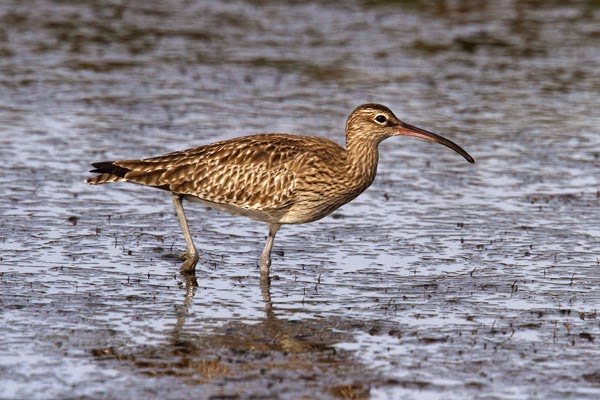 For once we were able to watch all six of the commonly occurring gull species together in one saltpan.  There seem to be fewer Audouin’s now but probably more Mediterranean than we expected and still a few Slender-billed.   Black-necked Grebe numbers had increased to ten and while we were seeking them out a Marsh Harrier flew through; several Bluethroats and a Little Owl were exactly where we had last seen them in mid-November. 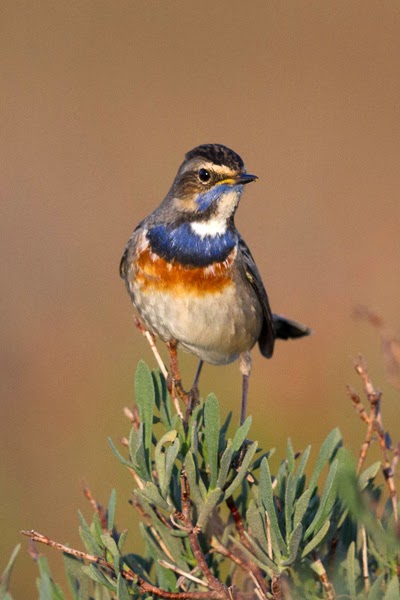 We stayed out until dusk hoping to see a Short-eared Owl but we were out of luck.  For several winters they hunted regularly around the Tavira saltpans but we haven’t seen one here since February 2013.  The day didn’t produce anything exceptional but with little effort and mostly from the car we recorded more than 70 species.

The only really notable bird that has occurred here while we were away was a Red-breasted Flycatcher that was found at the edge of the golf course at Quinta do Lago on 12th December.  This is a comparatively rare species in the Algarve with only about seven previous records and none quite this late in the year.  Thanks to Simon Wates, we saw one in November 2009 at Figueira but the possibility that this recent bird might still be in the area was all the excuse we (and Ray Tipper) needed for an early start yesterday for a trip to Ludo and Quinta do Lago.

One of the first birds that greeted our arrival there was a Booted Eagle and it proved to be just the first of at least nine of these lovely birds that we counted in our first half hour.  Just as impressive in their own way were 20 or more Grey Herons standing together in the soft morning light, dwarfing the Little Egrets that were sharing the same plentiful food supply. 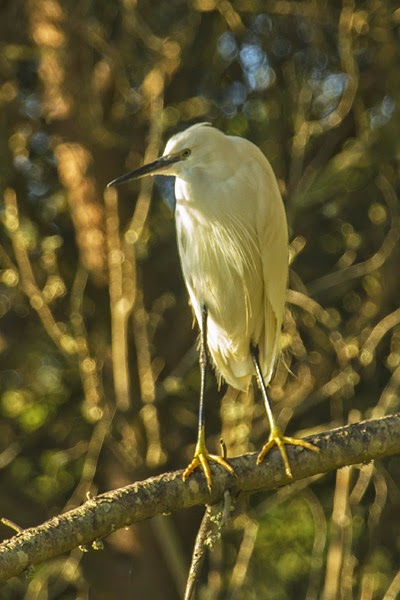 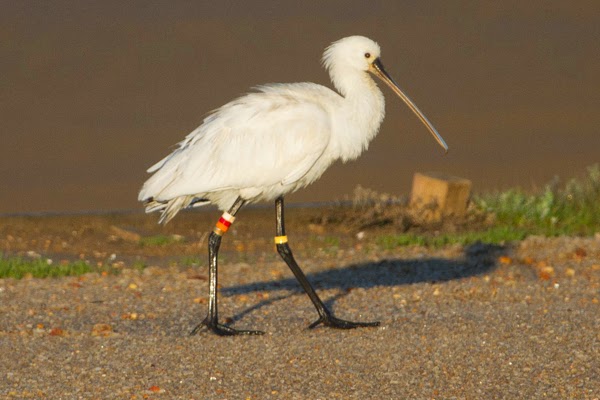 Nearby several Spoonbills marched purposefully away from us, three sporting an array of colour-rings details of which we have since reported.  Duck numbers had increased since our last visit; Wigeon and Teal were particularly vocal, sounds that we once associated with cold or damp winter mornings at Belvide Reservoir in Staffordshire!  There was the usual good selection of waders with Black-tailed Godwits and Dunlin the most numerous; a Kingfisher flashed past and several Cetti’s Warblers called loudly.

Around the golf course we found a couple of Hoopoes and two Mistle Thrushes and from the pines we could hear the calls of Short-toed Treecreeper.  Most of the birds in the surrounding trees were Chiffchaffs but eventually the Red-breasted Flycatcher appeared, albeit briefly.  It hardly stayed still for more than a few seconds and quickly disappeared.  We had to wait quite a while before we saw it again but then we were able to watch it for more than half an hour as it flitted from pine to eucalyptus to olive finding the tiniest food items.  We wonder how long it will stay! 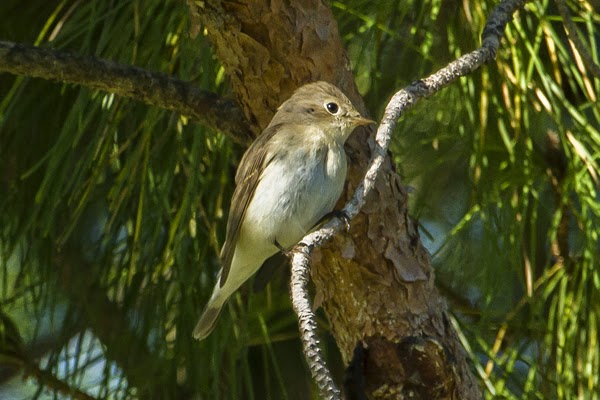 There was time on the way home for a quick look at the saltpans near Olhão.  Amongst the Mediterranean Gulls there we managed to read two colour-rings, one from France and one from Hungary.

When we got back to Tavira there was only one way to round off a successful morning - lunch at Restaurante Ana!  It really is good to be back!