We’ve just enjoyed another great weekend at the British Birdwatching Fair at Rutland Water, three days of talking birds, travel and photography with a bit of cricket and football on the side! 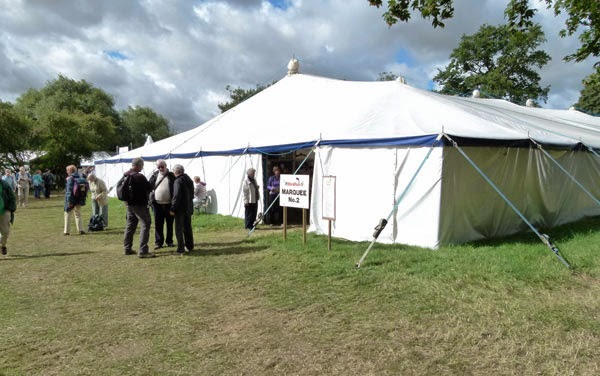 As usual we were on the Avian Adventures stand promoting tours all over the world but there were plenty of opportunities to talk about the Algarve ("lots of birds and sunshine and less than three hours away from most regional airports in the UK")! 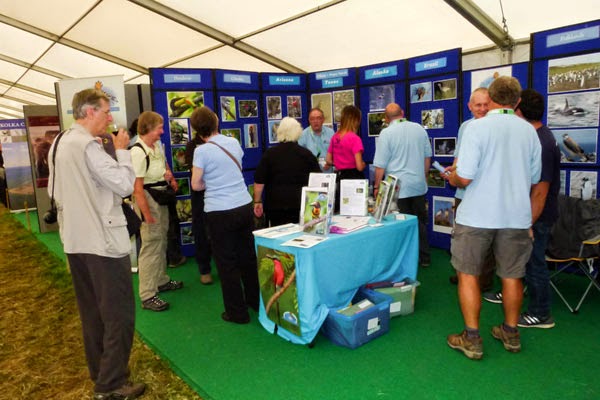 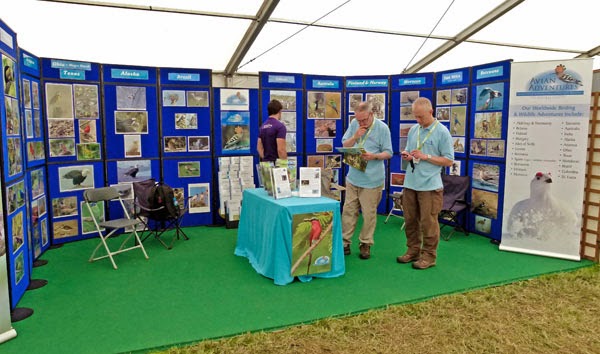 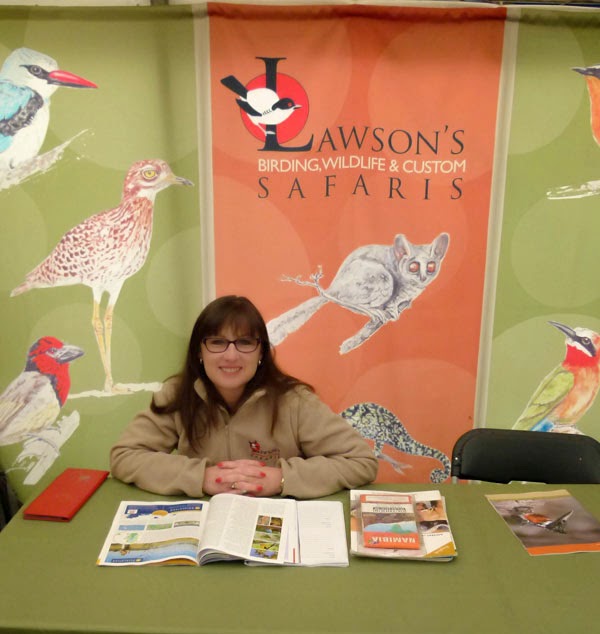 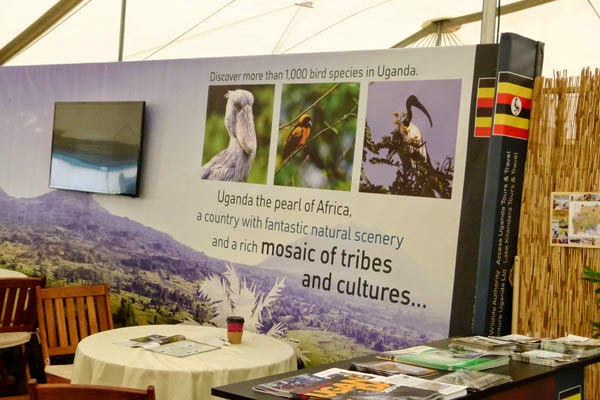 It was really nice to meet up again with so many friends, a great number of them, like Mavourneen Pearce (above), from overseas.  We re-lived quite a few past birding trips but also made plans for several more in the next few months. 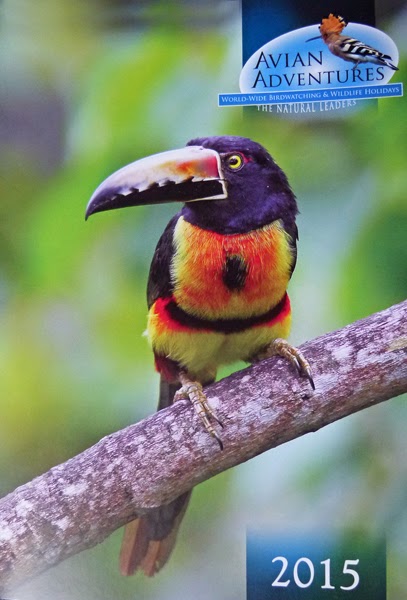 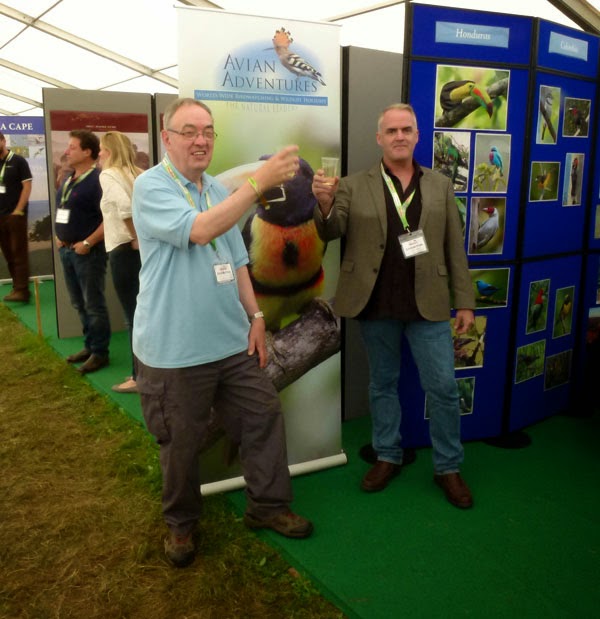 The cover of the Avian Adventures brochure for 2015 features a Collared Araçari photographed in Honduras by James Adams.  Here Gerry Griffiths drinks a toast with James to the success of next year’s tour there.  See here for details! 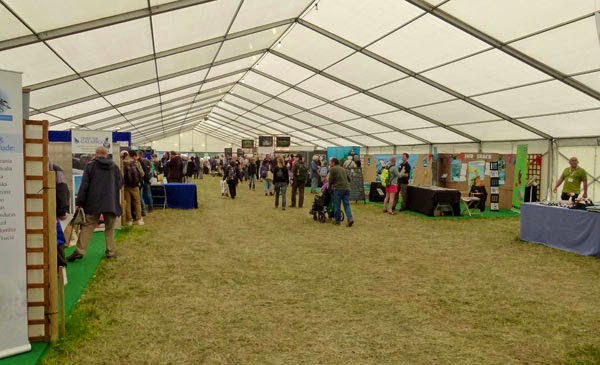 We were in Marquee 3, seen here during a relatively quiet moment late on Sunday afternoon. 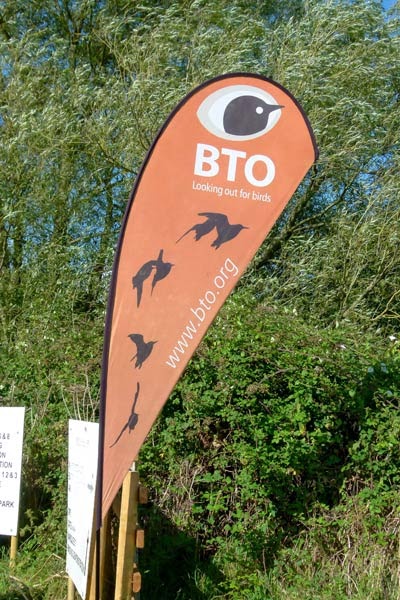 At the 2011 Birdfair we sponsored the BTO’s satellite-tagged Cuckoo, Chris, not realising at the time that it was named after Chris Packham.  Anyway, it proved to be a good choice as Chris is the only one of that year’s Cuckoos still to be transmitting.  Chris is currently in Italy on the way back to spend the winter in Africa and we have our fingers crossed for his continued survival.  It’s great that our stand in Marquee 3 is directly opposite that of the BTO as it gives us the chance to pop across during any quiet moments to talk to their staff who are working on projects such as this. 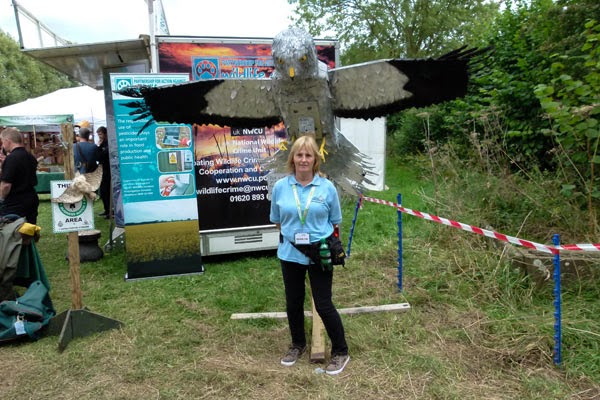 It looks as though June is about to be attacked by Findlay Wilde's Hen Harrier!  There were frequent reminders of last week’s Hen Harrier Day and if you haven’t already signed Mark Avery’s petition, you really should.  It's good to see that well over 15,000 people have so far signed. 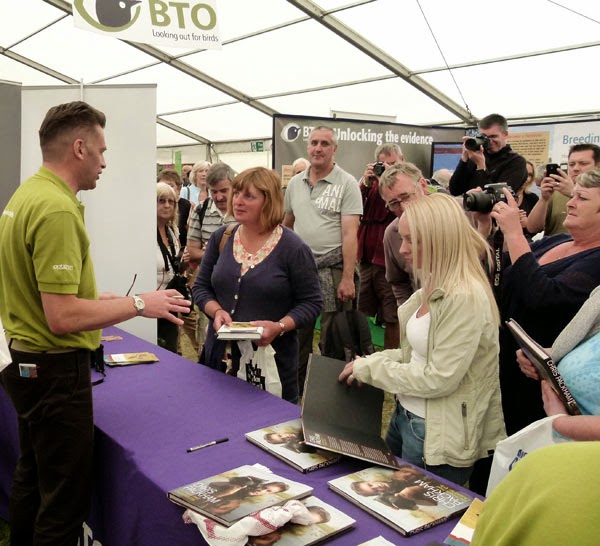 Television presenter and President of the BTO, Chris Packham, has been a great supporter of the Hen Harrier campaign; he signed countless copies of his latest book. 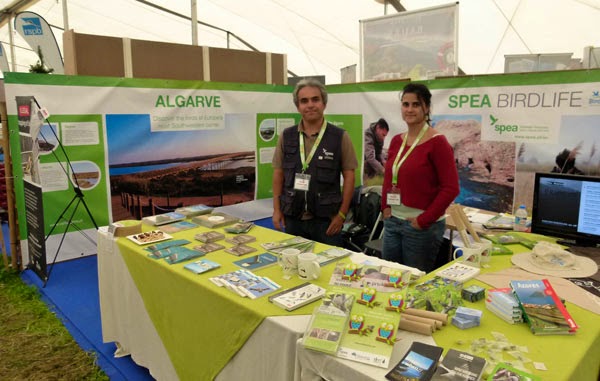 The SPEA stand was one of several promoting Portugal and its birds.  Currently SPEA is mounting a campaign against the illegal trapping of birds, which is becoming an increasing problem in Portugal.  Details of how you might make a donation to help with this campaign can be found here. 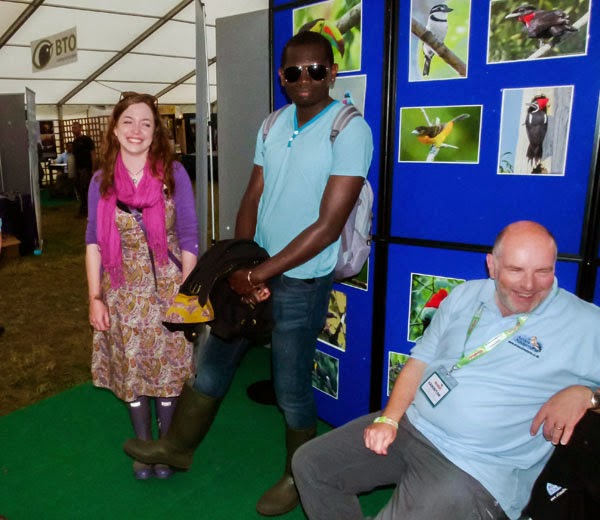 Amy and Sering Bojang enjoying a joke with Neil Glenn - Sering’s combination of rubber boots and sunglasses rather summed up the weekend weather.  Neil was much involved in collecting football strips for Kits 4 Causes. 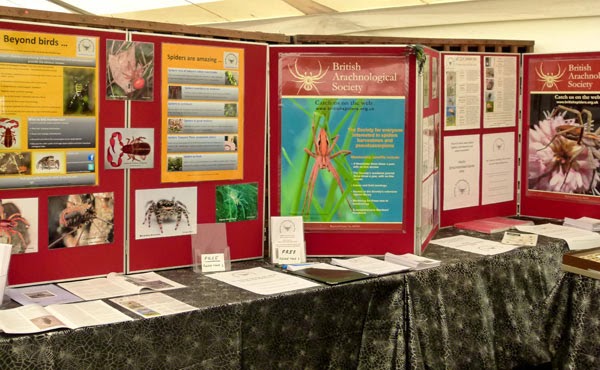 Although it’s called Birdfair, increasingly we’re seeing wildlife other than birds being featured.  Butterfly Conservation, Buglife, Bat Conservation Trust and the British Arachnological Society were just some of the organisations trying to get birders to look at a bigger picture, which most of us probably do. 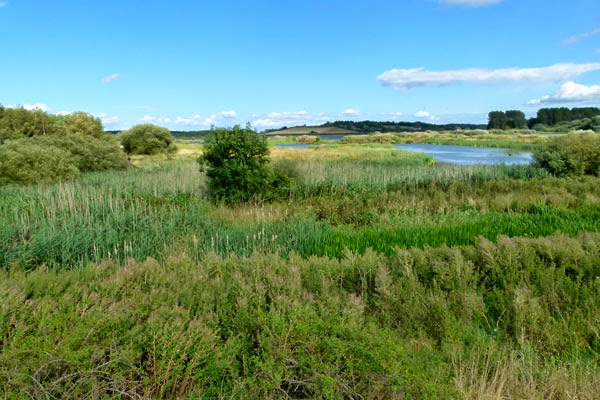 There is a really good nature reserve and lots of birds at Rutland Water or at least that’s what we’ve been told!  Year after year we go the Birdfair but somehow never seem to find time for any birding.  Nevertheless, we are already looking forward to Birdfair 2015!
Posted by Peter and June at 11:45

Email ThisBlogThis!Share to TwitterShare to FacebookShare to Pinterest
Labels: Birdfair