Dotterels are scarce birds here in the Algarve.  They seem to occur most years in September or October but only in very small numbers, sometimes just single birds, but they’re not guaranteed to stay around for more than a few days.  The regular site for them is the Vale Santo, near Cabo de São Vicente at the extreme south-west of the country and that’s where we were yesterday.

We had seen reports that four or even five Dotterels had been seen earlier in the week and realising that we hadn’t managed to see one here since 2007, we decided to give them a try.  We set off early from Tavira, along with Ray Tipper, hoping that the birds would still be there - it would be a long way to go and not see them! 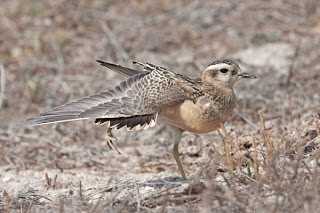 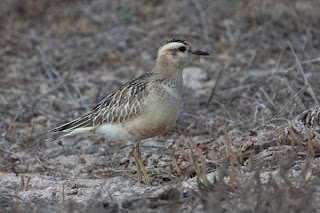 It turned out to be a bright, sunny day (no surprise there!) but it was also quite windy and although we did eventually find three Dotterels it took us some time as they were hunkered down, getting what shelter they could in the sparse vegetation.  Even from just a few metres away they remained almost invisible and we might easily have given up.  But that’s the nice thing about Dotterels, as well as being really lovely birds, they’re also very confiding and with patience they can be approached quite closely. 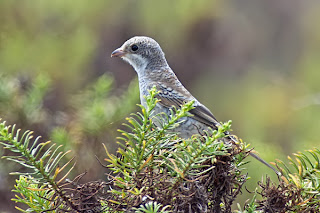 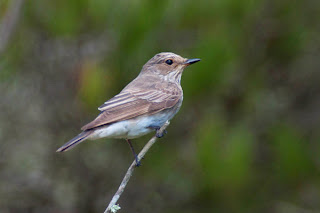 But we weren’t just there for the Dotterels.  The Sagres peninsula is particularly well known for raptor migration at this time of the year and so we also spent some time at the popular watch point, Cabranosa.  It wasn’t a vintage day by any means but we did see a Short-toed Eagle, two Ospreys, a Goshawk, one or two Montagu’s Harriers and Peregrine Falcons and several Honey Buzzards - a nice variety even if the numbers were small and even if we did miss seeing an Eleanora's Falcon. 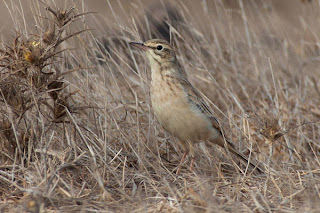 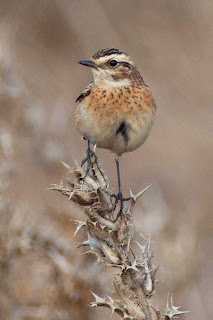 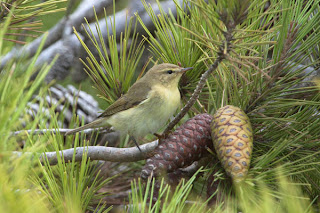 Among the passerine migrants in the area were Tawny Pipits, Whinchats, Spotted & Pied Flycatchers, Northern Wheatears, Yellow Wagtails, Short-toed Larks, Woodchat Shrikes, Willow Warblers and Chiffchaffs, all contributing to a most enjoyable day that was well worth the long drive.