With the temperature in Tavira heading for 30°C it won't come as a surprise to our regular readers that today we were at.....Belvide Reservoir!  Yes, we've escaped the heat (not to mention the crowds) of the Algarve and we're going to be in the UK for the next few weeks.  Next month we'll be at the Rutland Water Birdfair but in the meantime we're hoping to visit as many as possible of our local birding sites in Staffordshire and Worcestershire and maybe we'll have time for some trips further afield.

It had been quite a while since our last visit to Belvide, which was once regarded as Peter's 'second home' in the days when he was very involved in managing the reserve for the West Midland Bird Club.  It was interesting to see the many changes that have been made there (new hides, storage facilities for plant and machinery, improved rafts for nesting birds, more feeders, even a portaloo on the car park!) but it didn't take long to see (and hear from several birders we met) that quite a few of the long term problems that we struggled with through the 1980s and 1990s still remain. 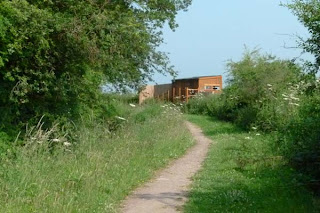 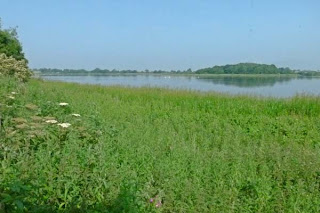 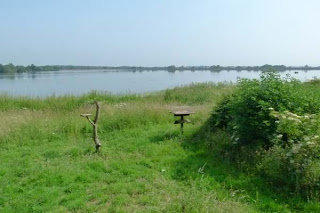 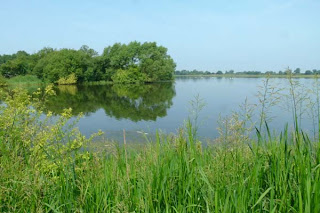 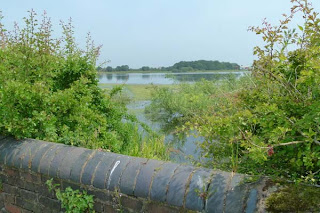 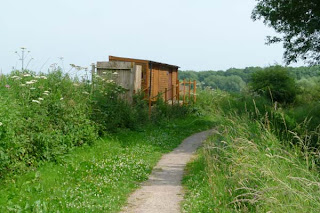 The birding was unspectacular but amazingly we did see one fairly common species that neither of us had seen before at Belvide, even though Peter had seen one as long ago as 1976 at nearby Blithfield Reservoir.  It was an Egyptian Goose!  Apparently this individual has been in the area for a while and no longer seemed of much interest to the regular Belvide birders.  We were also pleased with a Common Redstart, Tree Sparrows and juvenile Great Spotted Woodpeckers on the feeders and a nice selection of butterflies and dragonflies. 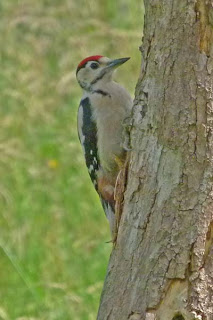 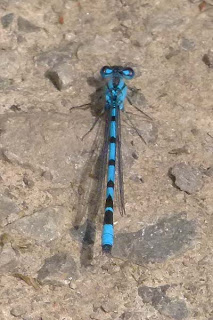 We were told that the water level in the reservoir has fallen noticeably during the past week and this has resulted in just enough shore line to accommodate a few waders.  Today there were Little Ringed Plovers, Northern Lapwings, Oystercatchers and Common Sandpipers but if these conditions continue during the next few weeks we're sure to see a few more pass through.  A rarity of some kind would be nice but we probably wouldn’t be as excited now to see Black-winged Stilts as Peter was when two were at Belvide in 1987!
Posted by Peter and June at 23:15