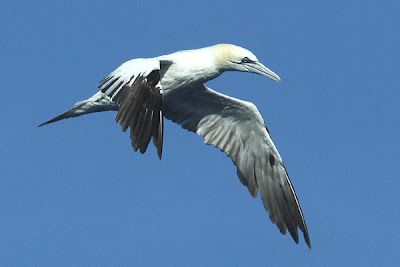 We see Northern Gannets at all times of the year off the Algarve coast but largest numbers are in October and November when thousands, including many juveniles, pass by Cabo de São Vicente. Most are heading south to spend the winter off the coast of West Africa but some will opt instead for the Mediterranean. Generally it is the young birds that travel furthest and some of the longest distance ringing recoveries are of British bred birds found dead in their first winters (in Guinea Bissau, Israel and Turkey). 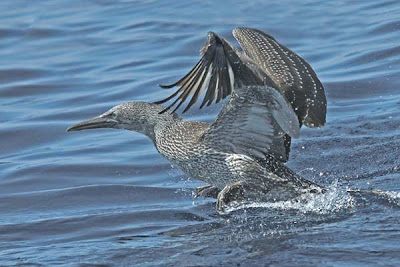 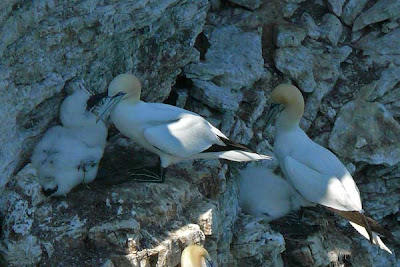 British breeding birds, (219,000 nests were counted in the last full survey), represent more than half of the world population. Mostly they favour offshore islands but an exception is the RSPB reserve at Bempton in Yorkshire where several thousand of them nest on cliffs on the mainland. 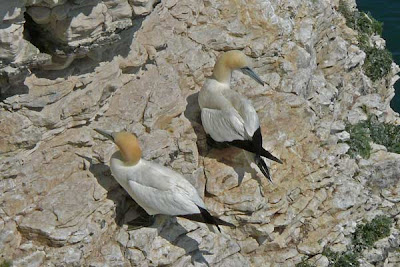 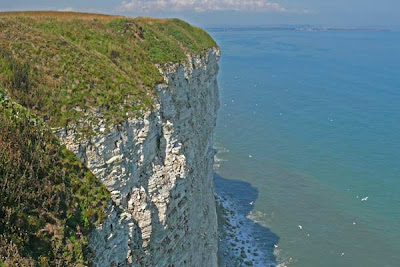 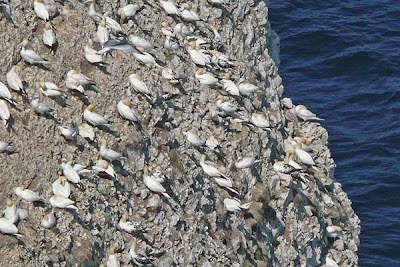 It was to Bempton that we took ourselves for our first day’s birding after arriving back in England but this wasn’t just to see Gannets. There is something really special about colonies of breeding seabirds and no matter how many times one sees them on film there’s nothing like actually being there to experience first hand the wonderful smell and the noise. It's something we can't do in the Algarve. Also, have you noticed how film makers always seem to concentrate on the ‘sexy’ birds like Puffins, Razorbills and Guillemots without ever mentioning that their soundtrack is largely being provided by Kittiwakes! That 'kittee-wa-aaake, kitte-wa-aaake' call is an essential part of the seabird colony experience and it was good to see so many juvenile Kittiwakes on the cliffs. 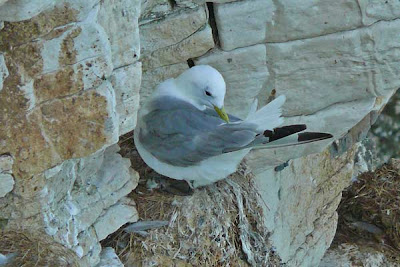 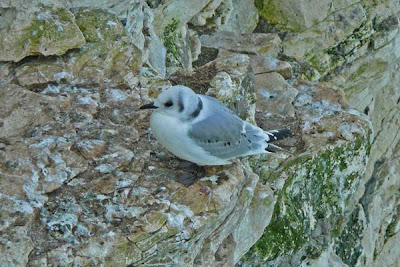 We were too late in the season to see many auks but there were a few Puffins and the odd Guillemot or two remaining. It was also nice to see Fulmars again and we were delighted to find Tree Sparrows along the clifftop trail, another bird we haven't seen for quite some time.

On our way home we stopped off at another RSPB reserve at Blacktoft Sands on the south side of the Humber Estuary. Here we enjoyed a real ‘tringa-fest’ - Greenshanks, Common & Spotted Redshanks, Green Sandpipers and a Marsh Sandpiper, some of our favourite birds. It was also good to see what most people still seem to refer to as Bearded Tits (rather than Bearded Reedlings), a species that hasn’t yet found its way to Portugal and so another treat for us!
Posted by Peter and June at 11:52