Well, we've had the relaxed week we promised ourselves but have still seen plenty of birds during single visits to Castro Marim, Parque Ambiental de Vilamoura and Quinta do Lago and several local excursions around Tavira and Santa Luzia. The weather has remained mostly warm and sunny, although Friday was cloudy and we had our first rain for a while. 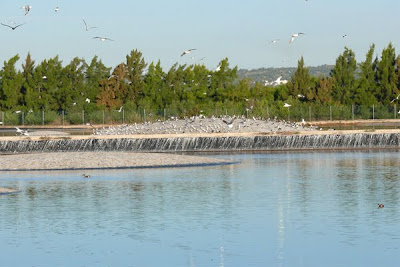 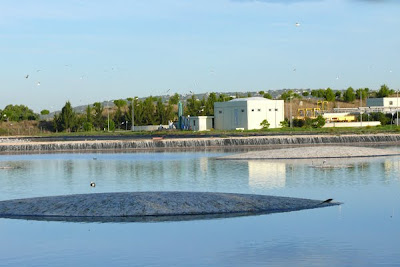 Two unusual views of the ETAR at Vilamoura - a hide here overlooking the water treatment works would be popular
. 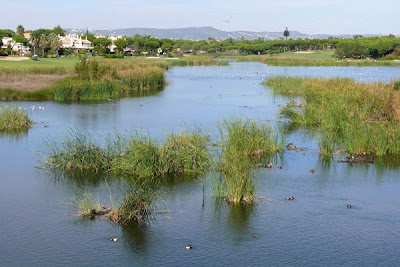 The very familiar view from the hide at Quinta do Lago.
After all last week’s excitement, a Common Gull reported from the Ria Formosa and a Pied Wagtail near Tavira have been the nearest we’ve had to rarities in the Algarve or at least that’s all we’ve heard about. However, remembering that November last year produced Whooper Swan, Red-breasted Flycatcher and White-rumped Sandpiper, there is still plenty of time to be looking for the unusual.

Meanwhile, we are seeing some of the scarcer wintering species settling in to familiar places. Black-necked Grebes, Squacco Heron, Little Bittern, a hybrid ‘Grey Egret’, Slender-billed Gulls, Glossy Ibis, Penduline Tit, Booted Eagles and Black-winged Kite have all been found in the last few days exactly where they were last winter. Some of the commoner winter species don’t yet seem to be here in the numbers we would expect, notably Song Thrushes and Chaffinches, and although we saw our first Bluethroat as long ago as 11th September, there still don’t seem to be many around Tavira at least. Late migrants in the last few days have included Turtle Dove, Pied Flycatcher, Yellow Wagtails and a Red-necked Nightjar. 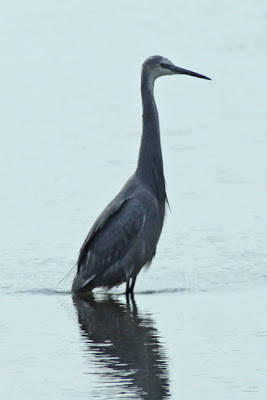 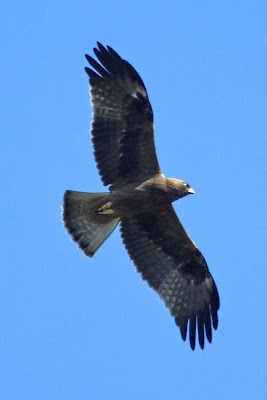 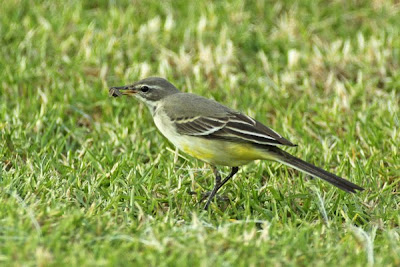 Yellow Wagtail
Yesterday, we saw our first ‘kitchen window’ Eurasian Griffon of the autumn and no doubt there will be more during the coming weeks as the birds that have congregated at Sagres start to make their way east looking for a shorter crossing to North Africa.

It's heading straight for us!!

And, of course, we've been looking for a yellowlegs (or two?) around the local saltpans... 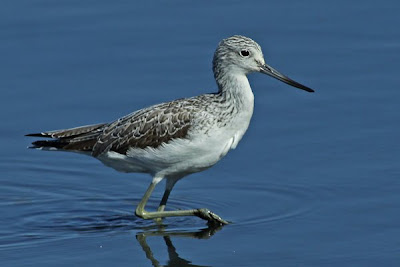 Common Greenshank
Posted by Peter and June at 14:18