An Avian Adventures tour in Arizona has become a regular feature of late April and early May and this year has been no exception.  Each year the itinerary tends to be similar, concentrating on the south-east corner of the state and the Santa Catalina, Chiricahua, Huachuca and Santa Rita mountain ranges.  There have been quite a number of blogs about previous tours, e.g. here, here, here and here.

Not for the first time, an important target species this year was Olive Warbler (Peucedramus taeniatus).  Although superficially this species seems like a typical New World wood warbler, evidence from anatomical and DNA studies has placed it into a family of its own, the Peucedramidae.

From time to time we have clients whose aim it is to see at least one representative of each of the world’s 200-odd bird families.  As Olive Warbler is the only member of the Peucedramidae, it therefore has particular significance.

It isn’t what you would describe as a difficult species to see but they do tend to forage high among clumps of pine needles and they never seem to be particularly vocal.  Finding the first one is always something of a relief!  Maybe one day I will manage to photograph one…

Here are some of the birds I did manage to photograph, although photography is never the main aim of these tours and that applies especially to the tour leader – me! 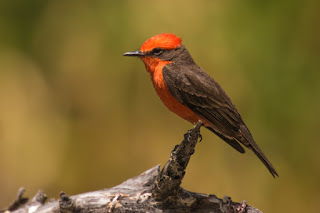 Vermilion Flycatcher – mostly found near water but a fairly common bird.  We saw them along the San Pedro River, at Whitewater Draw, at Patagonia Lake and Sweetwater Wetlands. 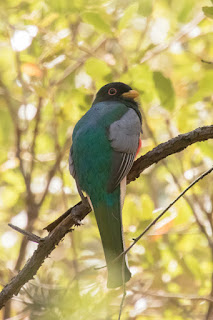 Elegant Trogon – another ‘must see’ species in Arizona.  Like so many species it’s not too difficult to find if it calls but can otherwise be elusive. 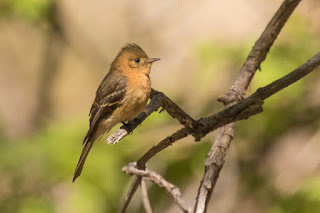 Northern Tufted Flycatcher – the first record in the USA was in 1991 and only a handful have been seen since then.  This bird was in Carr Canyon in the Huachucas. 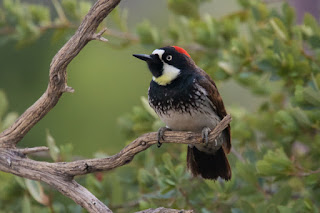 Acorn Woodpecker – a very common bird and easy to see but always popular. 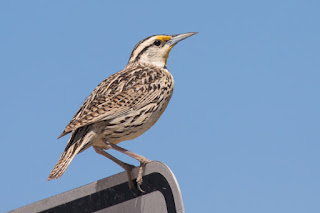 Eastern Meadowlark – this is the lilianae subspecies, earmarked as a potential future split, Lilian’s Meadowlark. 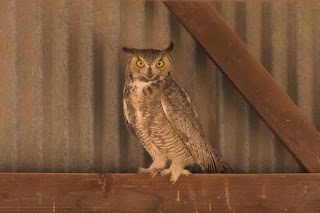 Great Horned Owl – we saw seven owl species during the tour.  This one was at Whitewater Draw but a pair of Great Horned Owls also had young in a tree right next to Portal Peak Lodge. 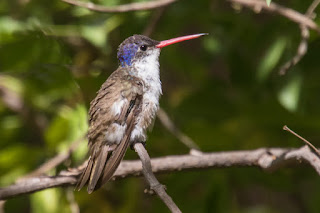 Violet-crowned Hummingbird – the former home of Wally & Marion Paton in Patagonia, now taken over by Tucson Audubon, has long been the best place for this species.  We also saw one in the nearby state park. 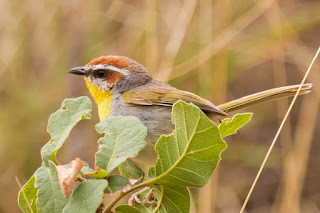 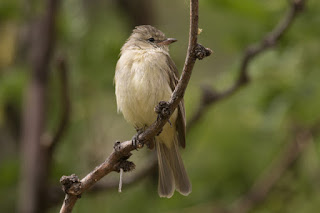 Northern Beardless Tyrannulet – the curious name refers to the species’ lack of the rictal bristles that are a feature of most other tyrannulets.  This bird lacks almost any features! 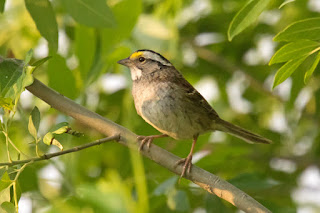 White-throated Sparrow – a scarce wintering bird in Arizona, this was the only one we saw. 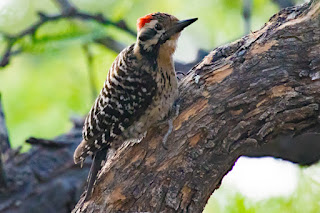 Ladder-backed Woodpecker – a bird of the desert and other arid areas where it nests in cavities in trees and cacti. 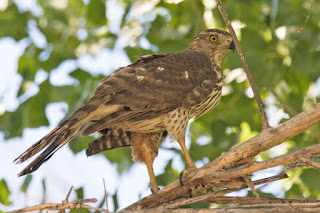 Cooper's Hawk - this accipiter is a surprisingly common bird around Tucson.

The occasional occurrence in the UK of European Bee-eater, Blue Rock Thrush and Woodchat Shrike seems to do little to diminish the popularity of those species with British visitors to Portugal. In spite of being twitchable in Britain they retain a degree of rarity value, they are bright and colourful and they are still crowd-pleasers. 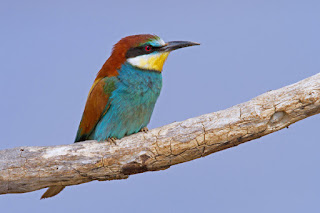 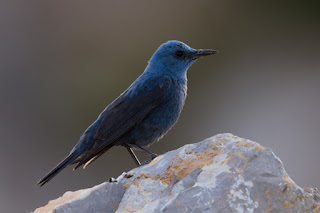 On the other hand, increasing numbers in the UK of species such as Little Bittern, Glossy Ibis, Great Egret, Cattle Egret, Black-winged Stilt and Spoonbill mean that these birds no longer feature as highly as they once did on the ‘wanted lists’ of those many birders who arrive here wanting to see ‘something different’. 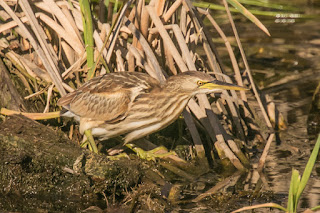 This change in the status of bird species does, however, work both ways.  For instance, we still have Turtle Doves in Portugal, maybe fewer than previously but we still see (and hear) them regularly. And we have Lesser Spotted Woodpeckers, a species that by all accounts has become difficult to find in many if not most parts of Britain. 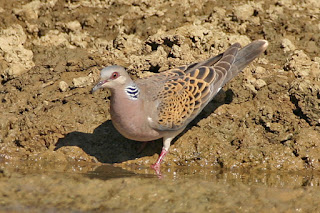 Today was my first day back in the Algarve after three weeks away, part of which was spent leading an Avian Adventures tour in Arizona, more of which later.  While I was away I was alerted to the presence of a Lesser Spotted Woodpeckers’ nest not far from Tavira which might offer the possibility to photograph the birds once they are feeding young.  It was only when I got back that I received precise details of the location and much to my surprise it turned out to be exactly the same site where June and I watched and photographed Lesser Spotted Woodpeckers in 2011.  Have they been nesting there regularly in the intervening years, I wonder?  I have to admit that we haven't checked. 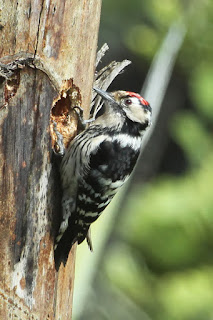 As usual, while I was away I missed a rarity here in the Algarve, this one actually in Tavira. Fortunately, this time it was ‘only’ a Red-necked Phalarope so not too much concern.  However, this species is a genuine rarity here requiring reports to the Portuguese Rarities Committee so it’s as well that June managed to photograph it.  A bird photo by June is probably rarer than the bird itself! 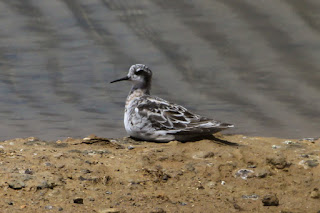