We have recently returned from leading another AvianAdventures tour, this time in Costa Rica.  This was Peter’s 15th time in Costa Rica and June’s 3rd visit to what is definitely one of our favourite wildlife destinations.  Not only is it a wonderful country for birdwatching but the variety and numbers of mammals, reptiles, amphibians and butterflies means that there is seldom a dull moment. 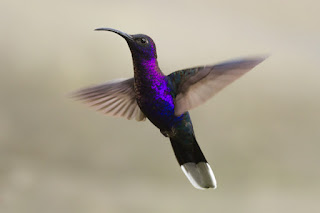 On this occasion we worked with local guide, Erick Castro, whom we have known for many years and who was really good at sorting out the many confusion species – we put our hands up and admit that Yellow-bellied, Yellowish, Yellow-margined and Yellow-olive Flycatchers, Yellow, Yellow-bellied and Yellow-crowned Tyrannulets can still sometimes be a bit of puzzle, particularly if they are feeding high in the forest canopy! 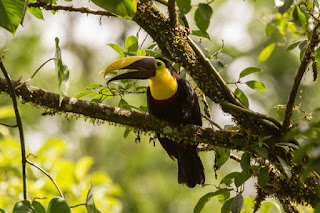 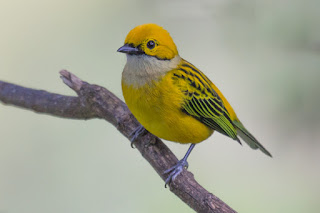 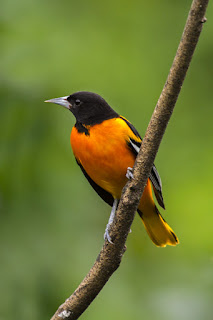 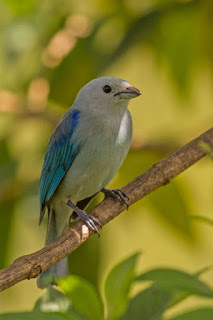 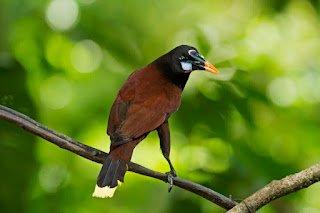 After a night in San José on arrival we began the tour on the Caribbean side of the country, staying at the excellent Selva Verde Lodge, situated on the bank of the Rio Sarapiquí.  From there we visited La Selva Biological Station, one of the most important sites in the world for research on tropical rain forest.  For the first-time visitor to Costa Rica, starting a tour here with such an array of tanagers, orioles, toucans, woodcreepers, hummingbirds and flycatchers to contend with can be a mind-boggling experience! 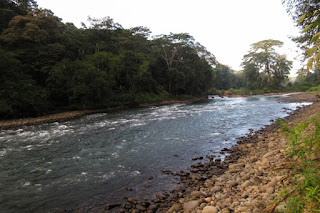 Next we had two nights at Arenal Observatory Lodge, still on the Caribbean slope and situated right next to the Arenal volcano.  Arenal is 1,633 metres (5,358 ft.) high and last erupted in 1968 but it is currently inactive.  It seemed strange to see Great Curassows visiting feeders here but in recent times this has been become their regular daily habit whereas previously they were birds we simply hoped to get a quick glimpse of in the forest. 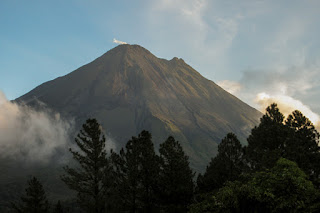 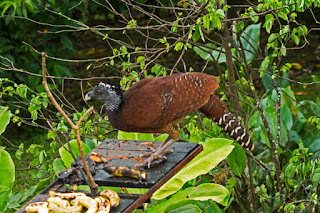 On the Pacific side of the country we had two nights at La Ensenada Lodge in the dry Guanacaste province.  The lodge is situated on the coast of the Gulf of Nicoya but as well as coastal birds such as Brown Pelican and Magnificent Frigatebird it offers many species of the surrounding dry tropical forest and there are also wetlands, notably saltpans with hundreds of gulls, terns and waders.  Birding the saltpans was like home from home and several of the species seen were those familiar from Europe such as Ruddy Turnstone and Grey Plover.  There were also Whimbrels and Sandwich Terns and we have blogged before here about these possible splits. 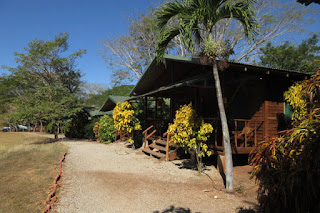 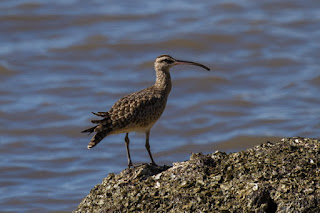 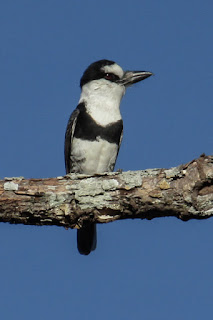 From La Ensenada we visited Hacienda Solimar, primarily a huge cattle ranch but also a wonderful wetland with thousands of birds.  They were impossible to count but there must have been at least 5,000 Black-bellied Whistling-Ducks and as many Cattle Egrets as we have ever seen.  The highlights, however, were the much smaller numbers of Jabirus, Limpkins and Snail Kites. 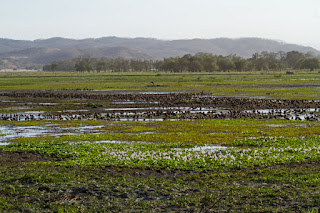 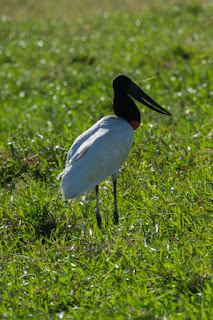 From La Ensenada we headed south, joining the Inter American Highway for a while on our way to Hotel Villa Lapas.  We stopped briefly in Puerto Caldera where we searched through flocks of Laughing Gulls looking for a Franklin’s and were surprised to find instead a first-winter Sabine’s Gull, possibly the least expected bird of the whole tour.  In the same place were 100 or more Black Terns, migrants heading north to breed.

Hotel Villa Lapas is conveniently situated close to Carara National Park and we made several visits there. Carara lies only about 90km west of San José and because of that attracts many visitors, especially at weekends.  For the general tourist here the American Crocodiles and the Scarlet Macaws are particular features and easily seen but we were more intent on seeing Antthrushes, Quail-Doves, Tinamous and Manakins along forest trails. 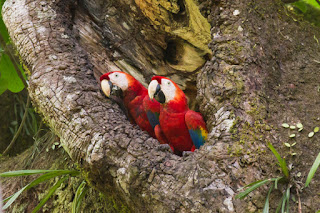 Also in this area we had an excellent afternoon boat trip on the Rio Tárcoles, looking for the specialist birds that occupy the mangroves and also seeking out the elusive American Pygmy-kingfisher.  River boat trips are always popular and usually present really good opportunities for photography. 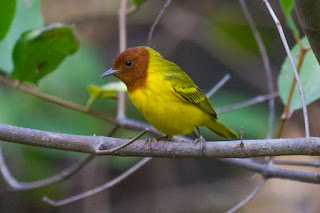 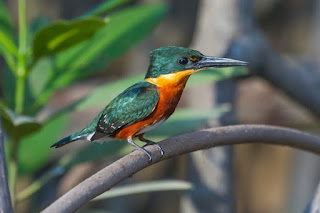 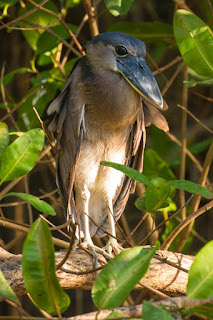 Next we moved to the mountains, to Savegre Hotel Nature Reserve & Spa in the Cordillera de Talamanca.  Both at the hotel and at Paraíso Quetzal Lodge, our lunch stop on the way there, hummingbird feeders were a main attraction with Fiery-throated, Magnificent & Scintillant Hummingbirds, White-throated Mountain-gem and Green Violetear among the species to been seen. 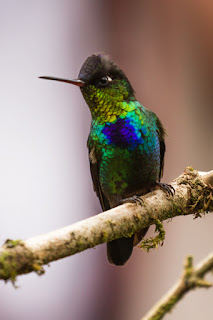 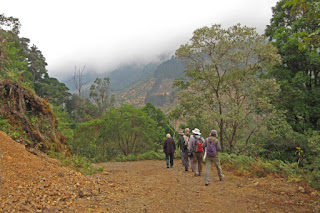 A trip higher up the mountain to about 3,400m above sea level took us to a habitat described as sub-alpine tropical rain paramo.  It was obvious that one or two of our group didn’t feel particularly happy at this altitude and this was also the only time during the tour that we really experienced anything like serious rain.  However, we stuck it out and it wasn’t long before the sun re-appeared along with our target bird, the Volcano Junco. 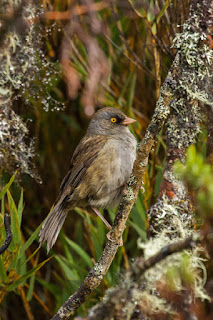 The must-see bird in Costa Rica is the Resplendent Quetzal and the male certainly lives up to its name with its iridescent green and red plumage, extraordinarily long upper tail coverts, a helmet-like crest and a yellow bill.  We left it very late but we did eventually see one in the San Gerardo Valley, near Savegre.  It would have been hugely disappointing had we not seen one but with close to 400 other bird species seen and a mammal list that included Margay, Northern Tamandua, Hooded Skunk, Honduran White Bat, Mantled Howler Monkey and two species of Sloths we don’t think anyone would have returned home feeling anything but delighted by their Costa Rica experience. 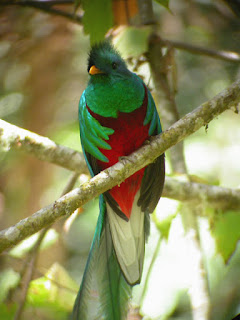 No new photos of Resplendent Quetzal - this one from 2006!