A Melodious Warbler, the first ever in the West Midlands metropolitan county and only the third to be recorded in the West Midland Bird Club area, was found on 11th June at Mercote Mill, close to Marsh Lane Nature Reserve, by Alan Dean. 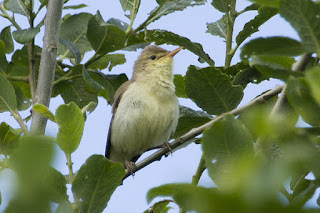 We see lots of Melodious Warblers in Portugal and have in any case long ago given up fretting about any rarities we might miss seeing back home, but we do like to try and keep up with what’s happening in the UK and especially in our local area.  Although we were in the Algarve, we had read about this bird on the internet and indeed seen several photographs of it.

When we arrived back at Birmingham Airport on 17th June the Melodious Warbler was still being seen just four miles away but we had no thoughts about going to see it.  After all, it was just another Melodious Warbler!

We didn’t really give the bird another thought until yesterday when we needed to visit Focus Optics at Corley to get some minor repairs carried out to our binoculars.  To get there we had to pass within just a couple of miles of Mercote Mill.  It would surely have been rude not to stop by and have a look for the Melodious Warbler! 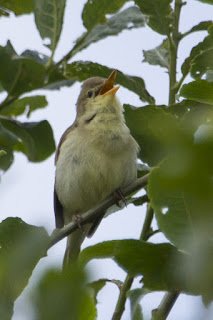 In fact we didn’t have to look for it - we could hear it singing from almost 50 yards away and it continued to sing during the whole time we were there.  If it was defending its territory from other Melodious Warblers or trying to attract a mate, it seems very likely that it was wasting both time and effort but the loud song, full of variety and mimicry was itself well worth the short diversion.

Yesterday we helped with the ICNF monthly count of the wetland birds in the Cerro do Bufo sector of the Castro Marim Reserve.  Who would have thought that on 5th June there would be 1,482 non-breeding Greater Flamingos there?  Who would have predicted that the second-most numerous species would be Black-tailed Godwit (570) or that there would be 135 Curlew Sandpipers?  We were also a little surprised to see how many species there were that we regard as ‘winter birds’: Cormorant, Mediterranean Gull, Red Knot, Grey Plover, Turnstone, Caspian Tern, Dunlin and Ringed Plover were all there, albeit in very small numbers.  The only ducks were the breeding Shelducks, which continue to multiply; another surprise was a single Glossy Ibis.  In total there were 3,250 birds of 27 species.  As usual we took some time to read a few colour-rings, including a Caspian Tern from Sweden and a Lesser Black-backed Gull from Scotland. 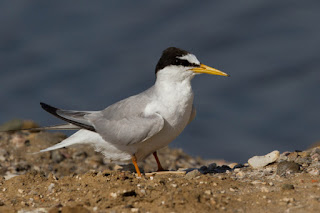 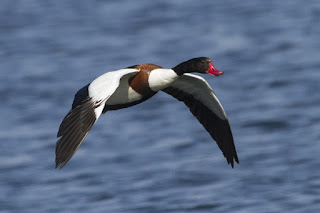 Although we have continued to spend time at Castro Marim and at various sites within the Ria Formosa, as usual at this time of the year the main focus of our birdwatching has moved away from the coastal wetlands and increasingly in the past few weeks we have been heading inland.  Of course we are always frequent visitors to the Castro Verde / Mértola area in the Baixo Alentejo but recently we have also been exploring again in the interior of the Algarve.

Our travels inland have been taking us to parts of the Serra de Alcaria do Cume that we haven’t seen much of before.  That’s the area we’ve agreed to cover for the latest Portuguese breeding bird atlas project that started this year.  One of the things we like about atlas survey work is that we get to see places that we probably wouldn’t otherwise have a reason to visit. 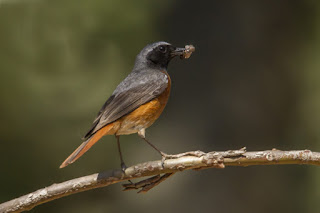 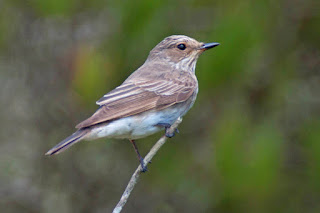 We’ve also been looking at other parts of the Eastern Algarve and trying to find some of the scarcer breeding species.  Some of these, such as Common Redstart, Spotted Flycatcher, Nuthatch and Robin don’t perhaps sound very exciting but it’s been fun seeking them out in areas where they are not common but where Nightingales are abundant and where Golden Orioles are common and regularly seen.   At the same time, we’ve found Iberian Chiffchaffs, Short-toed & Bonelli’s Eagles, Black-eared Wheatears, Rufous-tailed Scrub-robin and White-rumped Swifts, any of which would go a long way towards making the day for many birders we know. 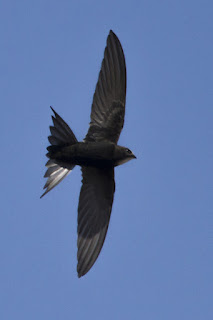 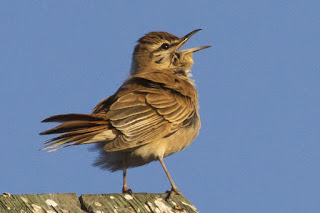 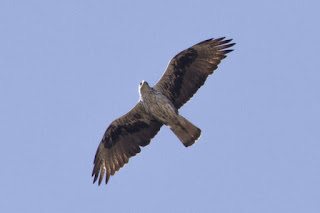 Unfortunately, time is running out before we leave here and head first to the UK and then to Tanzania but there are still lots of new places in the Algarve to go and surely more birds to be found!
Posted by Peter and June at 21:38 No comments: