This week we managed at last to visit the Avalon Marshes for the first time, an area that we used to know as the Somerset Levels.  It was just a day trip so our time was limited and we concentrated on what are probably the two best-known sites, Ham Wall and Shapwick Heath National Nature Reserves. 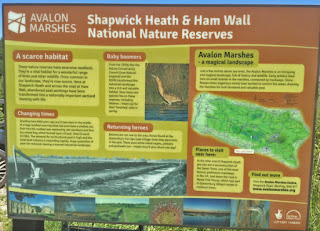 The nearest town to the Avalon Marshes is Glastonbury.  Maybe it was seeing television coverage of Jeremy Corbyn on the Pyramid Stage at the recent music festival that inspired us to visit the area or perhaps it was friends who were down there last month and came back enthusing about the birds, butterflies and dragonflies they had seen.  You can decide which! 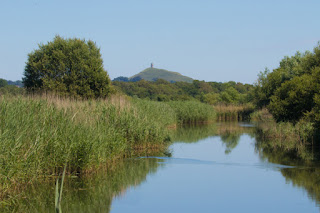 Ham Wall with Glastonbury Tor in the distance

As the two reserves are situated only about 10 miles from the M5 and our starting point was near the M6, there was only one practical route for us to get there – 152 miles and motorway almost all the way.  Optimistic as usual, Google Maps suggested the journey might take us 2½ hours.  In fact, it took 3½ hours.  We should never underestimate the ability of the M6 traffic to extend travelling times even when we make an early start.  It’s funny how we never seem to have that problem with the Via do Infante de Sagres! 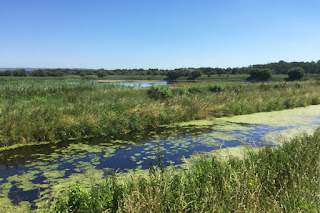 Most British birders will know that much of the Avalon Marshes is a landscape formed from peat. In the 1960s huge quantities of peat were removed by machine for horticultural use but subsequently this landscape has been transformed into one of lakes, reed-beds, fens and woodland by the RSPB and by English Nature.  Both Ham Wall and Shapwick Heath have extensive reed-beds created with the particular intention of encouraging Eurasian Bitterns to the area and this has been an amazing success.  Two nests at Ham Wall in 2008 were the first in Somerset for 40 years and since then numbers have increased rapidly with 47 booming males reported in the area in 2016. 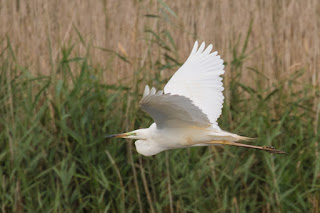 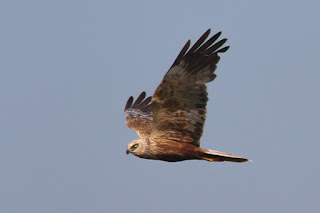 Not surprisingly, other wetland and reed-bed species such as Little Egrets, Marsh Harriers and Bearded Tits, Reed, Sedge & Cetti’s Warblers have also benefited from the provision of what appears to be a perfect habitat.  What probably wasn’t anticipated was the arrival of Great & Cattle Egrets, and Little Bitterns, all of which have bred here in the past few years and Glossy Ibises, which also seem ready to do so.  It’s not difficult to foresee Purple Herons and Spoonbills also colonising. 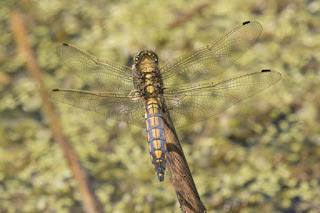 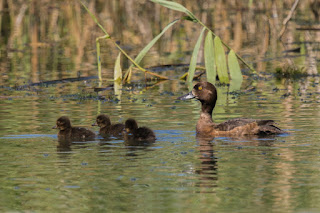 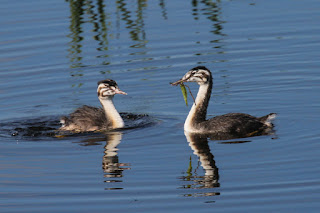 Although we had a very enjoyable day, the truth is that we should have been there a month or even two months earlier when there would definitely have been much more breeding bird activity.  We weren’t disappointed as we knew beforehand what to expect and, of course, most of the bird species that have been causing excitement in Somerset are ones that we are used to seeing regularly in the Algarve or in Doñana.  It was simply good to see an area that we have heard so much about and which seems to be an ongoing success story.  Maybe next year we can go there in May!