For much of the last week or so our birding has been restricted to our local patch - the Tavira and Santa Luzia area.  With most of the time spent around the saltpans and along the edge of the Ria Formosa it’s not surprising that we have seen mainly wetland birds. 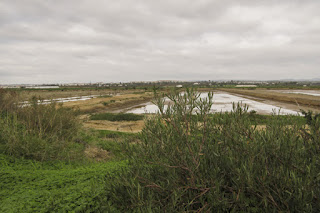 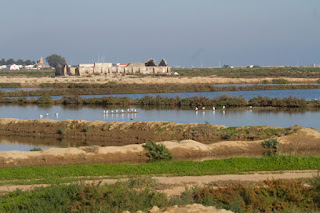 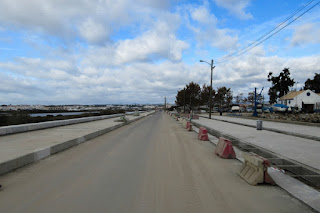 There are only relatively few Greater Flamingos here now and Spoonbill numbers have also dropped as birds have continued their migration south into Africa.  However, after a period of absence, White Storks are now quite numerous and there are plenty of Little Egrets and Grey Herons to be seen. 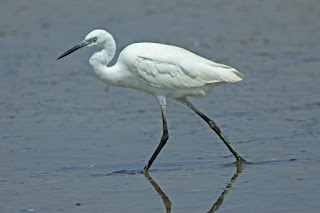 Wader numbers have also fallen but there continues to be a good variety of species although for some reason, Golden Plovers have been conspicuous by their absence. 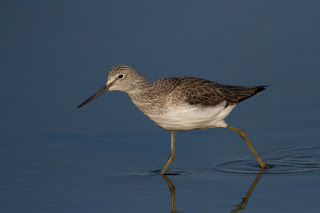 Numbers of Stone-curlews seem to be fewer than in some previous years but at least 20 birds are regularly present.  Sadly, the area that they have usually favoured continues to be subject to disturbance and disruption. 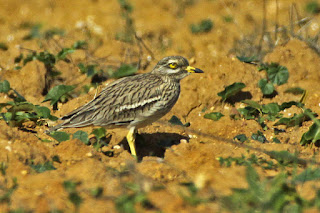 It’s still easy enough to find six species of gulls in the area but the flock of 500 Mediterranean Gulls that we were seeing earlier in the month seem to have moved on.  However, we counted 50 Slender-billed on the 18th November, which is an increase. 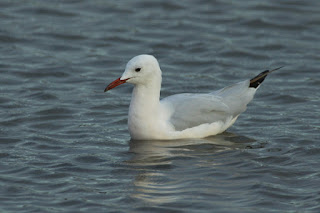 We expect to find Caspian Terns and Sandwich Terns at this time of year but a Little Tern has also been seen on a couple of occasions.  A few Little Terns usually spend the winter in the mouth of the Guadiana River but otherwise they are normally gone from the Algarve by the end of October.

Even more surprising was the Whiskered Tern that we found, also on the 18th and seen for at least the following two days.  This is easily our latest ever record and only our second in November. 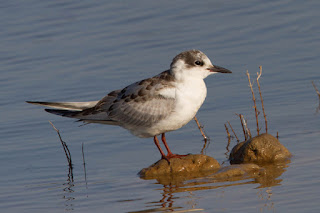 The low bushes around the saltpans provide insect food for numerous Chiffchaffs, Zitting Cisticolas, Sardinian Warblers; Stonechats are common and it’s not hard to find a Bluethroat or two. 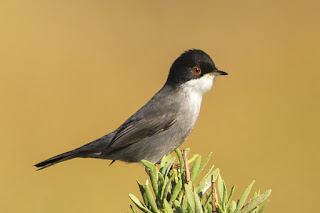 Yesterday, by way of a change, we spent a couple of hours in the morning at the wastewater lagoons near Faro, tempted by a report of a Terek Sandpiper being seen there the previous day.  A light northerly wind has dropped the temperature here in recent days (to a maximum of about 18ºC) but it was a very pleasant, sunny morning. 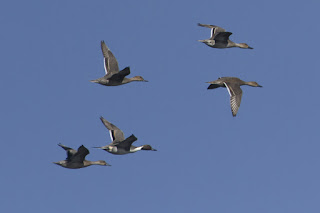 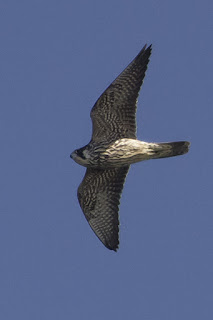 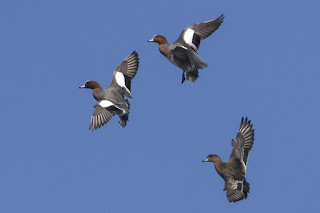 A severe storm on 1st November brought torrential rain to the Algarve and was followed by more rain the next morning.  The area between Quarteira and Portimão was reported to be the worst affected and there was severe flooding in the popular resort of Albufeira where sadly one person died as a result.  For some of the coverage see here and here (which includes some aerial footage taken over Lagoa dos Salgados).

Since then we have been enjoying a St Martin’s summer - for almost two weeks we have had sunshine, mostly cloudless skies and temperatures reaching a comfortable 23°C or even higher.
During this time we have mostly been visiting our usual haunts along the coast of the Eastern Algarve but there have also been longer excursions to Sagres and Cape St Vincent and inland to the Castro Verde area. 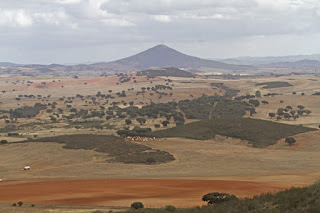 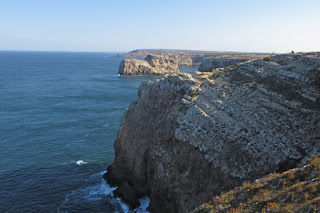 The coast at Cape St Vincent

In the Baixo Alentejo, Common Cranes have arrived to spend the winter and both Great & Little Bustards are now much easier to find than they were before the rains.  Red Kites and Hen Harriers have now replaced the Black Kites and Montagu’s Harriers that were here for the breeding season.  On one trip up there we were surprised to find four Mute Swans on a reservoir where just a couple of weeks earlier we had seen two of these unexpected visitors.  We were almost as surprised to find four Great Egrets at another lake nearby but at least we could think that they were truly wild birds. 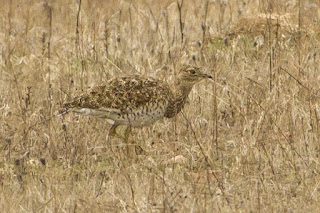 Inevitably, we have made multiple visits to Quinta do Lago where Purple Swamphens and Little Bitterns are so easy to see and sometimes to photograph and there are also opportunities, if you are lucky, to photograph Common Snipe and Kingfisher.  While waiting for these birds to appear, it’s hard to resist filling up the memory card with a variety of duck species! 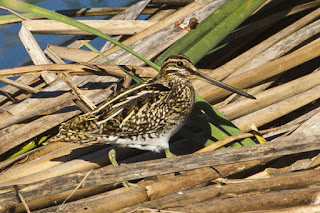 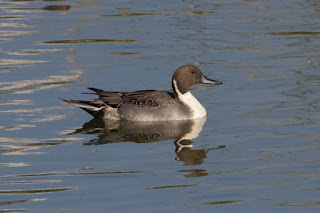 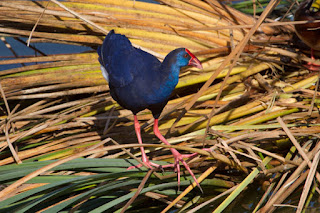 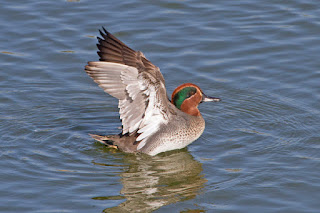 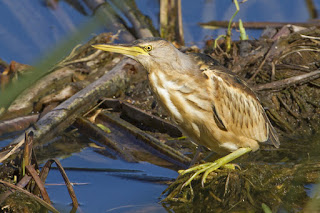 Nearby at Ludo we have been seeing Booted Eagles and Black-winged Kites and this is one of several places we’ve seen Firecrests. 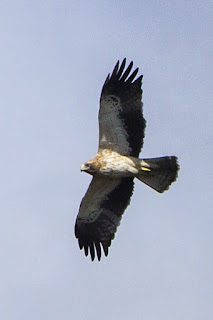 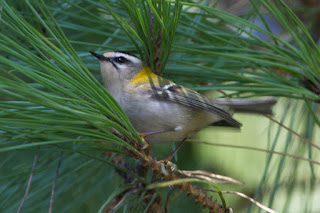 We also had a morning at Rocha da Pena where a long uphill walk to the summit at Talefe (479m) provided marvellous views over the surrounding countryside and a modest selection of birds that included a single Ring Ouzel, which was our main reason for being there.  Ring Ouzels are regular autumn and winter visitors here and Rocha da Pena is always a good bet when it comes to finding them. 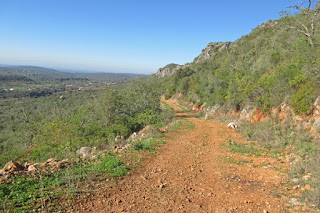 As to be expected, rarities have been fewer but there were several reports of Grey Phalaropes after the storm and a drake Long-tailed Duck near Faro was a good find (by Thijs Valkenburg).  We wonder whether it was the same bird that was briefly at the same site in February. 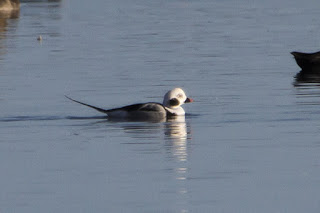 In Tavira we have been reading colour-rings, mostly those on Mediterranean Gulls but also on Audouin’s, Lesser Black-backed & Slender-billed Gulls.  There have been as many as 500 Meds on the saltpans by the Estrada das 4 Águas and they have come from Belgium, Holland, France, Germany, Spain, Poland and Hungary.  Some of them are birds that we have seen here in previous years.  There have been Lesser Black-backs from Belgium, Iceland and Alderney while the Audouin’s have been from Spain (Ebro Delta and Mallorca) and from the local colony on the Ilha da Barreta in the Ria Formosa. 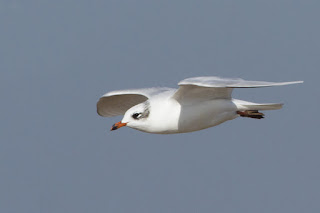 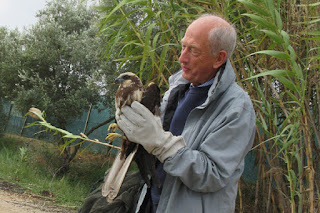 Marsh Harrier ready to be released

Finally, we should mention the visit we made to our friends Fábia and Thijs at RIAS (the Centro de Recuperação e Investigação de Animais Selvagens) at Quinta de Marim.  It is the season for them to be taking into care any Griffon Vultures that are too weak and hungry to continue their migration but we were there to be involved in a happy outcome, the release back to the wild of a Marsh Harrier.  Fortunately, this bird had not been badly injured and was fully recovered after just a short stay.