After our trip to Bulgaria we had only a few days in the UK before we returned to the Algarve.  We expected October to be a busy month and it certainly was!

October is always a month that produces rarities in the Algarve.  This year has been no exception although the suspicion must be that several of them are birds that have returned for at least a second visit here.  Surely this must be the case for the Rock Pipit at Porto do Baleeira, the Ring-necked Duck(s) at the ETAR de Vilamoura and probably the Marsh Sandpiper at Marinha do Grelha.  Still, it’s always good to see old friends. 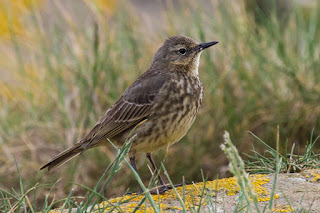 Most photographed bird of the month (judged from appearances on Facebook) must be a Snow Bunting that was a surprise find at Alvor that gained many admirers.  As well as being a particularly attractive bird, this is not an easy species to see in the Algarve, one we have seen here only once, back in 2012. 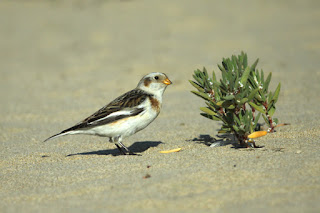 Also much photographed eventually was an American Golden Plover at Quinta de Marim although when we went to follow up on the initial report we were the only ones there – a typical Algarve twitch!  Interest in it did increase in subsequent days and it was present for at least two weeks. 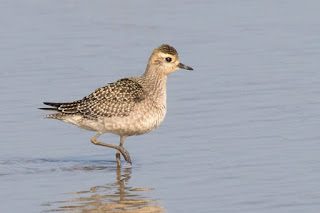 Possibly the most surprising rarity has been the single Pink-footed Goose that was first seen mid-month.  This was the first of this species recorded in the Algarve and it has remained in the Sagres area at least until the end of the month but has sometimes been elusive.

A couple of Olive-backed Pipits have been seen and several Yellow-browed Warblers, encouraging us to look carefully at the numerous Meadow Pipits and Phylloscopus warblers that have been arriving even though those two rarities are probably more likely to be identified by their calls.

At this time of year there is a tendency for rarities to be found in the Sagres area in the extreme south-west.  At least in part this is probably the result of an increased number of birders in that area during the migration season.  The annual birdwatching festival brings visitors from far and wide with raptors being the particular attraction.  More than 20 raptor species were reported during the month including Golden, Bonelli’s & Spanish Imperial Eagles and Rüppell's Vultures.  We saw about 400 Griffon Vultures during one of our visits there but only from such a distance that any Rüppell's amongst them were impossible to pick out. 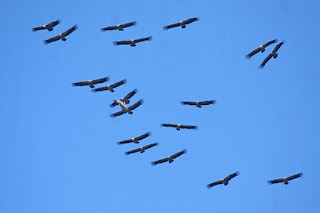 This has been the first autumn for several years when we haven’t managed to take a boat trip to look for seabirds.  Reports suggest that it hasn’t been a vintage year for seabird passage but the Long-tailed Skua photographed on 12th October and the Sabine’s Gull on the 18th would both certainly have been nice to see.  Many of those who have ventured out to sea have been rewarded with some excellent cetaceans including Fin & Humpback Whales.  As it is, we have had to content ourselves with watching distant Cory’s & Balearic Shearwaters from the cliff top at Cabo de São Vicente.

In the past, our friends from Belvide Ringers in the UK have trapped and ringed a few rarities here during their annual autumn visits.  Common Yellowthroat, Aquatic & Paddyfield Warblers and Common Rosefinches spring immediately to mind!  This year they were here for two weeks, one spent as usual in the Parque Ambiental de Vilamoura and the other spent ringing waders at Quinta de Marim.  We spent several hours with them at both locations and although there were no rarities it was as always educational to see so many birds at close quarters. 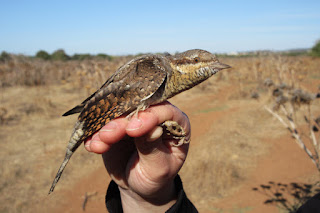 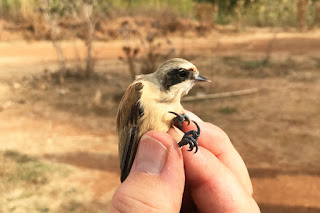 When we haven’t been guiding we’ve spent time birding around our local patch, the Tavira/Santa Luzia saltpans.  It’s not unusual to see 20 or more wader species during a visit here as well as six gull species and at least two terns.  There have been hundreds of Audouin’s Gulls, many of them with colour rings and we have reported quite a few.  Most have been birds from the Algarve breeding colony on the Ilha da Barreta but we have also seen ART8, a bird ringed in 2005 on the Isla de Alborán in Spain that we have now seen about a dozen times over the years.   The number of Slender-billed Gulls also increases year after year - it’s amazing to think that only quite recently this species was treated as a rarity in Portugal!  If ever people we meet here suggest they’re not keen on gulls we try to convert them by showing readily identifiable and attractive Slender-billed & Audouin’s Gulls. 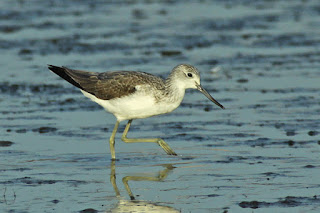 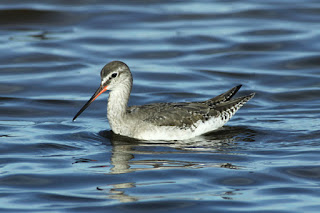 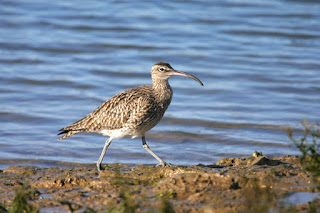 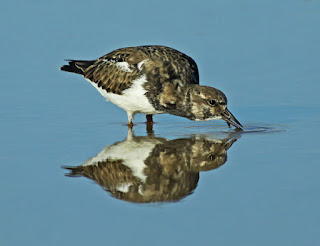 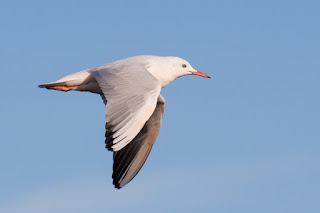 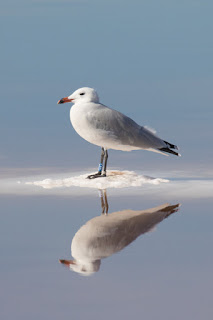 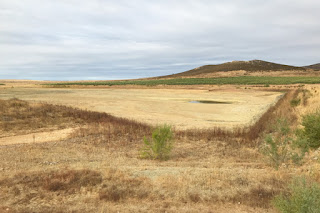 We’ve also had a couple of trips to see Great Bustards in the Castro Verde area.  Visiting this area has underlined the fact that the southern part of Portugal is suffering from a severe drought.  A favourite site, the reservoir at Álvares that stores water to irrigate a huge olive plantation is currently reduced to just a small ‘puddle’ and passing by the Barragem de Odeleite, on the way north, we saw the water level there lower than we have ever seen it.  And this is the reservoir that supplies mains water to most of the Eastern Algarve.  We really do need to have a seriously wet winter!  Something to look forward to?

Great photographs and narrative. Makes me want to jump on a plane for Portugal!