On Safari in Northern Tanzania

This year's Avian Adventures tour in Tanzania followed the now familiar itinerary that includes Tarangire, Lake Manyara, Serengeti and Ngorongoro Crater. Familiar it might be but it’s an absolutely wonderful area and once again we had a great tour with plenty of birds and huge numbers of mammals. Without any doubt this is one of the world's top wildlife destinations.

If I were write about it in detail I would probably have to repeat much of what I wrote last year so this time I will keep it brief and just share a few photographs. 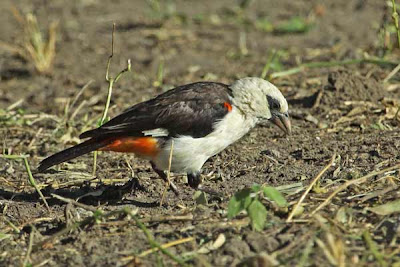 White-headed Buffalo-Weaver - a common species in Tarangire and the Serengeti. 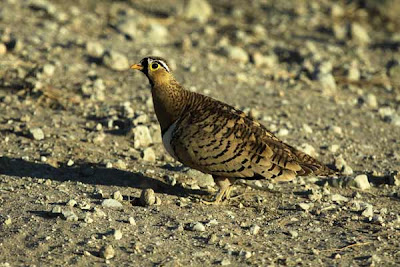 Black-faced Sandgrouse - regularly found in pairs along the roadside in Tarangire. 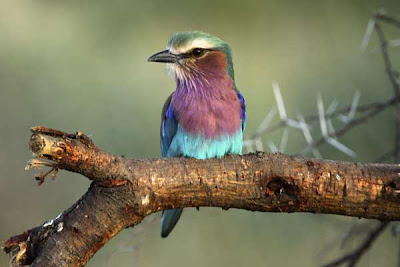 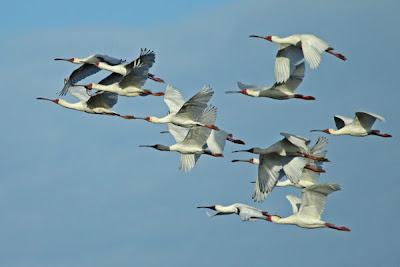 African Spoonbills - there were hundreds at Lake Manyara. Maybe one day we'll find one in the Algarve! 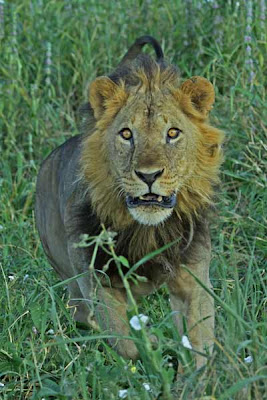 This Lion did his best to frighten us... 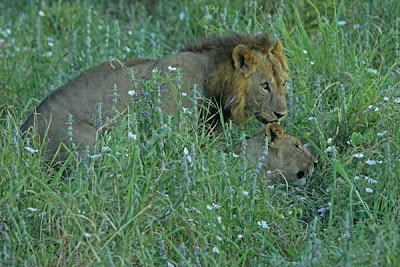 ...but he obviously had other more important things to do! 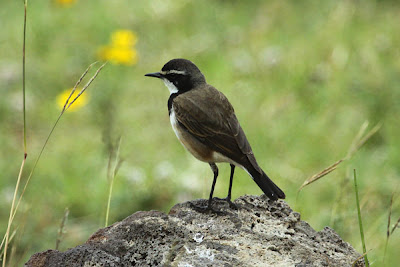 Capped Wheatear - numerous along the road through the Ngorongoro Conservation Area. 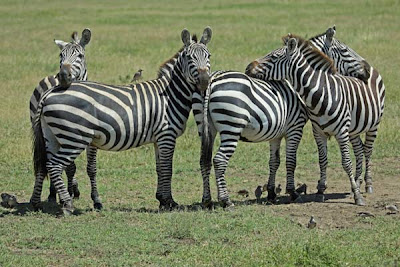 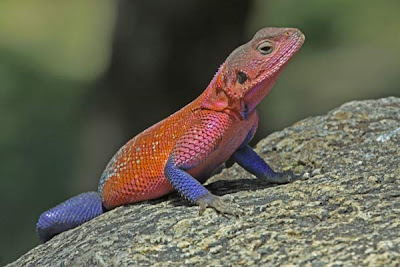 Mwanza Flat-headed Agama - the field guide says they are 'quite wary...and often reluctant to allow humans to approach closely'. This one was very much an exception - an impressive beast! They are reported to have become popular as pets because of their resemblance to Spider-Man. 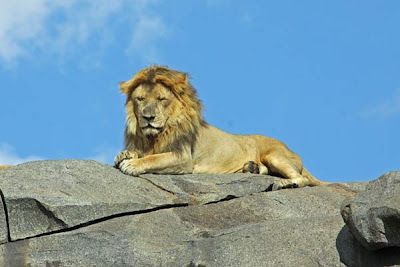 Auditioning for a place in Trafalgar Square? Rocky outcrops like this one are popular resting places for Lions. 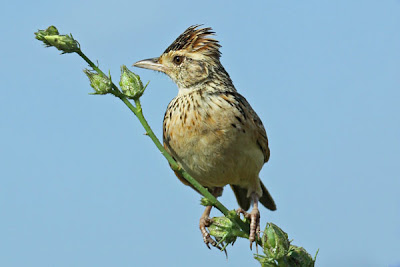 Rufous-naped Lark - particularly common in the Serengeti, singing from bushes and termite mounds, but what a monotonous song. 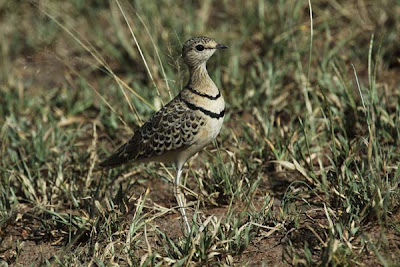 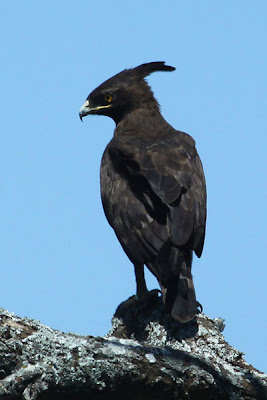 Long-crested Eagle - if only all raptors were so obliging and easy to identify! 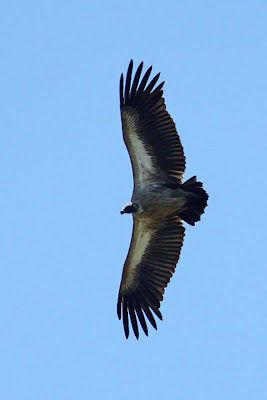 White-backed Vulture - the commonest of the vultures... 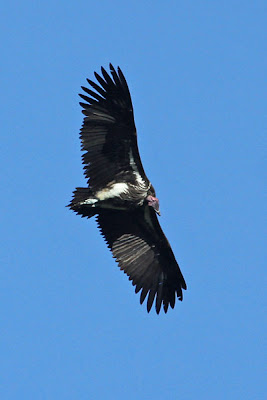 ...and Lappet-faced, the largest 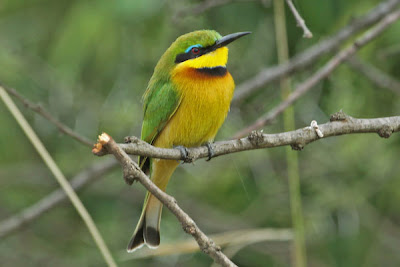 Little Bee-eater - widespread and usually seen in pairs. In the Ngorongoro highlands we also saw the similar but much larger Cinnamon-chested Bee-eater. 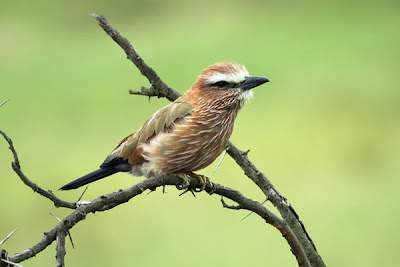 Rufous-crowned Roller - somewhat eclipsed by its much more numerous and brightly-coloured cousin. 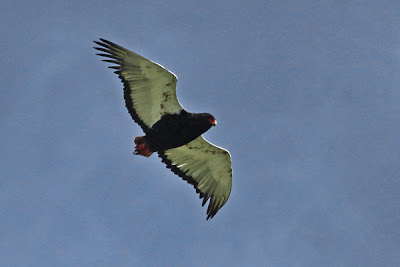 Bateleur - another easy to identify raptor. The name "Bateleur" is French for "tight-rope walker", referring to the bird’s characteristic habit of tipping the ends of its wings when flying, as if to keep its balance. 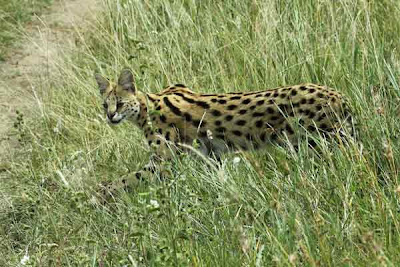 Serval Cat - our attention was drawn to this one in the Serengeti by several very alarmed and noisy Helmeted Guineafowl. Servals hunt in the long grass and can be difficult to see, so we were pleased the next day when we came across another one in Ngorongoro Crater. 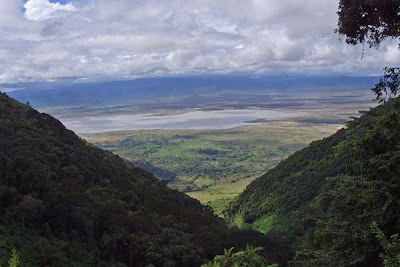 Ngorongoro Crater seen from the rim, some 600 metres above. 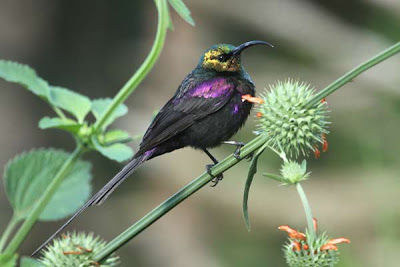 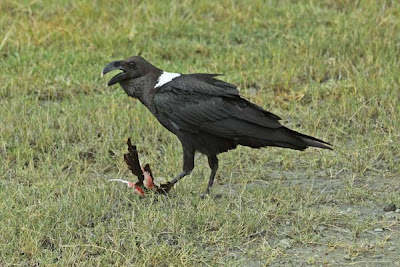 White-naped Raven - this is a seriously big bird - check out that huge bill! 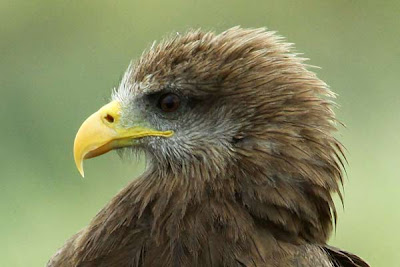 One of the very approachable Yellow-billed Kites that frequent the Ngoitokitok picnic site in Ngorongoro Crater. 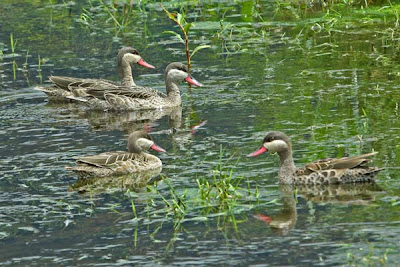 There was more water in the Crater this year than I've seen before and as a result more wetland birds. Ducks included Cape Teal, Hottentot Teal and these Red-billed Teal. 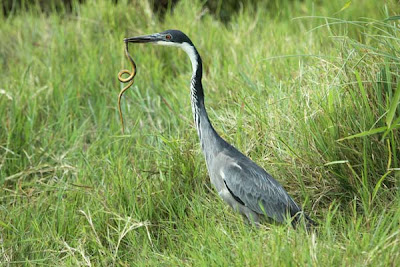 We watched for several minutes as this Black-headed Heron wrestled with a snake and was finally able to swallow it. 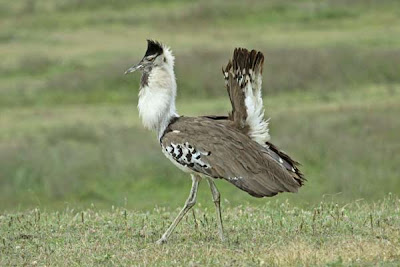 If only Great Bustards were as approachable as Kori Bustards! 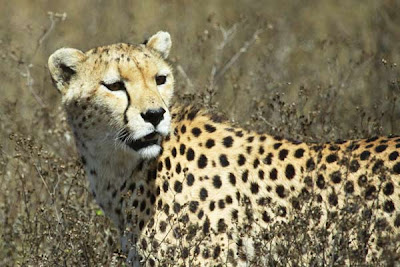 Cheetahs were hard to find this year but eventually we had close-up views. 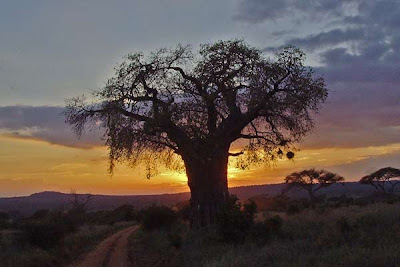 Finally, a sunset! Huge old baobab trees like this one are a feature of Tarangire.

Once again thanks go to our local driver/guide, Peter Loishiye Laizer and Roy Safaris for their contributions to making our birding safari the undoubted success that it was.